With  I-MADE program and MUDRA Bank's scheme, Modi under his reign contributed to the budding ecosystem of startups. 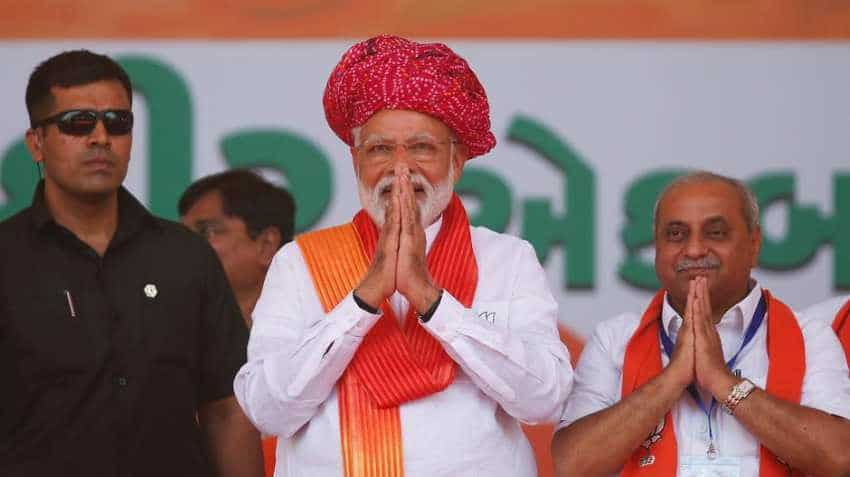 With Modi 2.0 underway, several startup owner and entrepreneurs have raised the bar of expectations. Photo: Reuters

After the marathon seven-phase general elections which concluded yesterday with the ruling party, the Bharatiya Janata Party come roaring in, crossing the 300 seat mark. Prime Minister Narendra Modi is all set for his second tenure, with the citizens of the country placing their hopes in the ruling government. Among the policies and programs that Modi came up with in his last tenure was the Startup India, to fuel the growth of the entrepreneur and startup sector of the country. With  I-MADE program and  MUDRA Bank's scheme under the Pradhan Mantri Mudra Yojana, Modi under his reign contributed to this budding ecosystem. With Modi 2.0 underway, several startup owner and entrepreneurs have raised the bar of expectations, voicing why the government needs to pour more attention in the startup sector.

Stating his expectation from the BJP government, Sanjay Sharma, Founder & Managing Director, Aye Finance, said, "The Government Policies need to focus on creating a supportive ecosystem which empowers micro enterprises to create globally competitive products rather than granting loan waivers which only leads to dependency and inadequacy in the sector. While a lot of work has been done by SIDBI & RBI, we need more efforts in this direction to develop a more sustainable and robust sector."

Manish Khera, Founder and CEO, Happy, adds  “ We in startup community believe that all of our political representatives have a great responsibility over their shoulders. Startup India initiative that got a lot of fuel in the last term needs to be steered well. They have to positively contribute towards policy-making and drive the much-needed reforms. Sustained and calibrated efforts have to be taken to resolve any challenges that might come up timely and prevent our embryonic market from their direct repercussions.”

"Start-up enterprises are going to play a vital role in the success of the country. To boost the start-up ventures in India, Government should aim at facilitating ease of business to start ups which can be done through easy compliance and tax holidays." commented Vivek Tiwari, MD and CEO, Satya MicroCapital

He further adds, "In addition to this Government should target to arrange easy and low cost funds’ access to start ups through specially focused funds as well as relaxed guidelines for FDI for start-ups. Since Start-ups will play an important role in generating employment in the country as well, Government should also frame incentive schemes for start-ups for providing subsidies in various forms."

Kishan Jain, Director, Goldmedal Electricals voices his expectations from the Modi government second tenure stating, “The rapid proliferation of new technologies such as internet of things, artificial intelligence, connected devices & home automation, have provided FMEG companies tremendous opportunities to grow, flourish and expand into newer industry segments. Additionally, the past few years have seen the Government of India having a keen focus on the promotion of energy efficient solutions such as LED lighting. We hope that this trend continues as it would give further fillip not only to the manufacture of such products but also to the Government’s ‘Make in India’ and ‘Smart Cities’ initiative” .

“The government had started smoothing the tax issues in startup funding. Continuation of the regime will hopefully hasten the change in the procedures and laws helping startup funding. BJP’s known penchant for advertising is very good news for adtech startups”. chimes, Jitendra Chaturvedi, Director and Co-founder, Batooni Mobile Advertising.