Lok Sabha elections 2019 results: The government to get the ultimate throne will predict the trajectory of all the reforms and agendas. 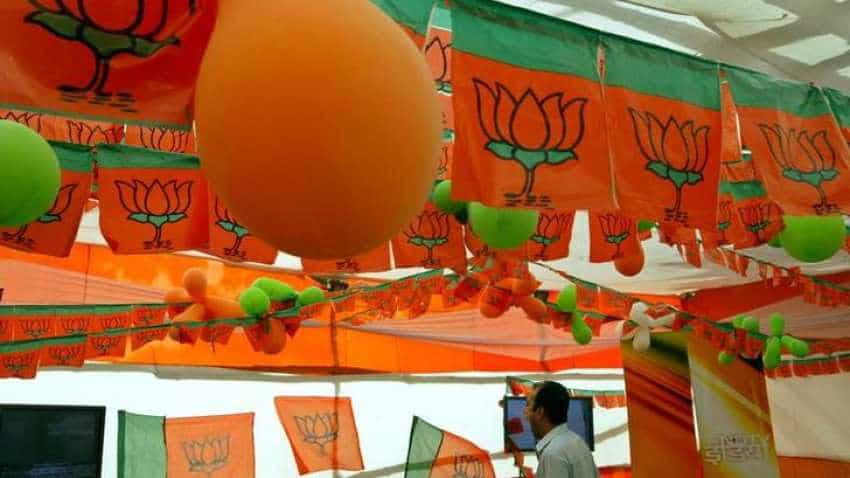 The economy is facing head winds in terms of growing oil prices, global trade wars which too need to be tackled deftly Photo: Reuters

Hours after the vote counting began on May 23, Thursday morning, it seems pretty clear with the early lead that the Bharatiya Janta Party is set to have a second tenure with the return of Prime Minister Narendra Modi. The largest democracy in the world carried out a marathon seven-phase general elections which concluded with a clear majority for the Lotus party. The party will have to meet the expectations of the citizens and keep up with the promises made. The government thus to get the ultimate throne will predict the trajectory of all the reforms and agendas.

Speaking on the same, Dr. Arun, Chief Economist at Dun and Bradstreet, said, "The new Government at Centre will have to face the challenges that is inhibiting the current growth momentum and brace the economy from unavoidable external challenges. Uplifting the domestic demand and resolving the issues in the strategic sectors like aviation, power and banking and non-banking financial companies becomes imperative as risks from slowing global economic activity and trade can be difficult to circumvent. The demand slowdown is becoming broad-based with softer momentum in growth visible in some of the high frequency indicators of rural and urban consumption. New investment from the private sector has not picked up and the fiscal constraints limit government spending. With both demand and investment slowing down, the government might have to re-evaluate the implementation of its policy agenda and adjust its policy priorities to accelerate growth in the near term."

Meanwhile, Hardika Shah, Founder & CEO, Kinara Capital comments that, "The upside of the current administration winning the majority vote and coming back to office for five more years signals political stability, especially important for foreign investors to continue to confidently invest in India via debt or equity structures. It also signals a vote of confidence by the people on the many policy decisions made by the current government such as GST, skills development, and focus on the MSME sector. NBFCs are critical for the growth of the country and easing of stringent rules around co-investment by foreign entities by the new government will provide them with much-needed funding.”

R. K. Gurumurthy,  Head Treasury, Lakshmi Vilas Bank, said," The results will reinforce the conviction of the investor community in India’s reforms and growth.  After the initial euphoria, markets may see some profit taking and remain somewhat volatile until we have clarity on who will hold key portfolios in the new ministry.  Financial markets will turn focus soon over the RBI MPC in early June as measures for improving liquidity in the system and addressing issues relating to weak growth in a low inflationary environment are anticipated. Key concerns are how the Fiscal Deficit will pan out. Against a backdrop of tepid, trade-war ridden global economic growth scenario, it remains to be seen how we will move out of the 7-8% range into a higher platform. The strong majority arising from the poll-verdict would pave way for second round of reforms and economy would therefore benefit immensely."

Adding to the same, Lav Kumar, Head Product & Business Development at LIC Mutual Fund, expresses his expectations, saying, "We believe the Indian economy in 2019 will keep growing faster than 2018 due to the demographic young population and their demand for better lifestyle, goods and services. The clear policy direction & ease of doing business will not only bring foreign direct investments but also create the environment of entrepreneurship. A stable government at center will also be in a better shape to negotiate on the world platform for a better politico- economic deal. Having said that, the economy is facing head winds in terms of growing oil prices, global trade wars which too need to be tackled deftly."