Sensex touched an intraday high of 40,122.34 just few points away from its all-time high of 40,124.96-levels which was recorded during the Lok Sabha elections result day. 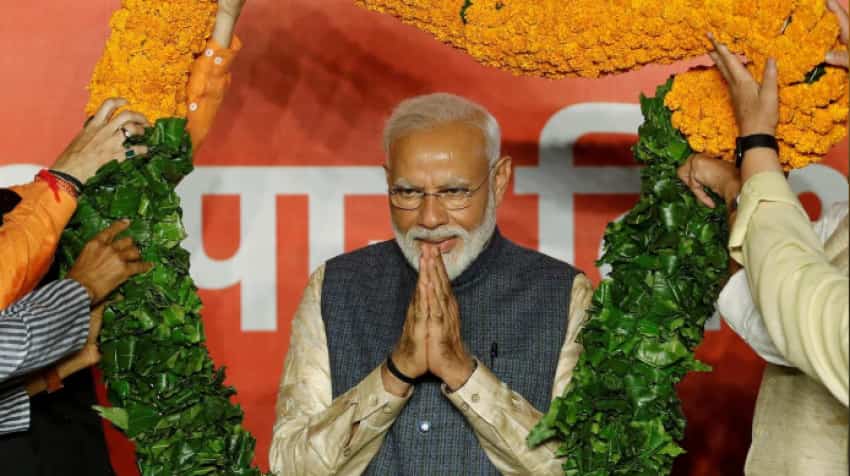 Investors have turned many stones into gold in last five years. Photo: Reuters

Just as Prime Minister Narendra Modi began his first day of second term on Friday, the benchmark Sensex and Nifty kissed their newly clocked marks over 40,000 and 12,000. Today, Sensex touched an intraday high of 40,122.34 just few points away from its all-time high of 40,124.96-levels which was recorded during the Lok Sabha elections result day. However, within few minutes, the 31-scrip index eased by trading at 39,731.23 below 100.74 points or 0.25% at around 1223 hours. The top gainers on Sensex were stocks like Asian Paint, TCS, HCL Tech, Bharti Airtel and Coal India. Similar performance was witnessed even in Nifty as the index was performing at 11,922.05 down by 23.85 points or 0.20% after clocking intraday high of 12,039-levels. Interestingly, a lot has changed in past five years, from when PM Modi took oath. To be precised, investors have turned many stones into gold in last five years.

That said, from previous oath ceremony to now, investors have created a massive wealth of over Rs 69.22 lakh crore. Not only that, many indexes like banking, FMCG, auto, realty, pharma, IT, metal, capital goods and consumer durables all have seen a drastic change in their valuation.

On Thursday, during his oath ceremony, PM Modi said that India has attained anti-satellite capability, becoming the fourth such country in the world. He also added now that India have enough satellites that are contributing in various segments such as agriculture, disaster management, communication, weather, navigation etc. He also mentioned that, it is important for India to progress and be ready for the future.

Here is Sensex and Nifty headed?

Kashyap Pujara, MD - Head of Research along with Prithviraj Srinivas Senior VP - Economists at Axis Capital said, “India has chosen the government it deserves. While ‘Modi I’ was underscored by war against corruption, reforms (GST, IBC), credit push (Jan dhan, Mudra), expansion of highways, bridges, and social measures (electricity, gas connections for all), it fell short on providing an exit to surplus rural labor (construction jobs and Make in India) and not resolving banking stress on time. ‘Modi II’ will emphasize on creation of job opportunities for surplus farm labor, achieving universal ‘housing’ and piped drinking water."

The duo added, "“The key to the virtuous cycle (Nifty 15K) is strong public investment push over the next 2 years without any speed breakers like demonetization. Portfolios need to be recalibrated with higher allocation to capex plays (Engg/Infra) and housing, and lower allocations to consumer, exporters (IT and pharma). Inadequate job creation and rural income stress are the root causes which are leading to slower consumption growth currently. This will improve with a lag. Hence the portfolio shift. INR stability, moderate growth, and peak margins to cap multiples for IT space. Midcaps trade at 23% discount to Nifty; highest gap since 2009-10. With GDP growth likely to accelerate from H2FY20, we expect midcaps to outperform.”

This week, Economists at Stanley in their research note said, "The market's focus will now shift to the growth cycle on which we are constructive. We expect the RBI to be more accommodative and the economy to come out of its soft patch of the past few months."

The note further added that earnings could be heading into a new cycle and domestic flows should return with strength. "We set our Jun-20 target for BSE Sensex at 45,000 (Nifty ~ 13,500), an upside of 15% from here," it said.