Analysts expected demonetisation to hit India's third quarter ended December 31, 2016 GDP growth hard but that has not been the case. 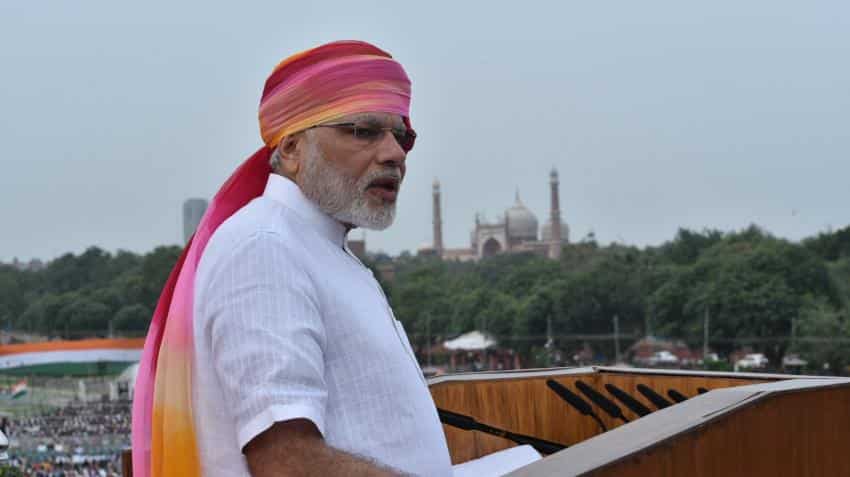 India's GDP growth is likely to be 5.8% in third quarter of FY17, says SBI

Analysts expected demonetisation to hit India's third quarter ended December 31, 2016 GDP growth hard but that has not been the case.

Ministry of Statistics & Programme Implementation in a statement said that India's GDP growth for October-December 2016 stood at 7.0% at constant prices GDP growth in second quarter stood at 7.4%, 7.2% in the first quarter.

The second advance estimates of the country's GDP growth pegs it at 7.1%.

"It`s a slight positive surprise the fact that they have not revised FY17 numbers downwards. That is clearly showing that it is the financials which have saved the GDP. I think Q4 should be slightly better than the third quarter. It is not going to have any impact in rate cuts because (RBI is) focused on inflation. This will rather boost their argument of shifting from accommodative to neutral," Anjali Verma, Economist, Phillipcapital told Reuters.

"The sectors which are likely to register growth rate of over 7.0% are ‘public administration, defence and other services’, 'manufacturing' and ‘trade, hotels, transport, communication and services related to broadcasting’. The growth in the ‘agriculture, forestry and fishing’, ‘mining and quarrying’, ‘electricity, gas, water supply and other utility services’, ‘construction’ and 'financial, real estate and professional services' is estimated to be 4.4%, 1.3%, 6.6%, 3.1% and 6.5% respectively," the statement said.

Reuters quoted Rupa Rege Nitsure, Group Chief Economist, L&T Finance Holdings, who said, "The relevant measure for real sector activity is GVA (gross value added) at basic prices, which shows a correction of 110 basis points from 7.8% in FY16 to 6.7% in FY17 primarily driven by lesser growth in mining, manufacturing and key commercial services. However, as stated in the government`s Economic Survey, the current year`s growth appears to be overstated as our National Accounts Statistics does not adequately capture activities from the unorganised sector. Placing agricultural growth at 4.4% for FY17 before the final assessment of rabi crop is a bit dicey. While the numbers make sense in terms of direction of change, their actual magnitude appears to be overstated.”

Government's Central Statistics Office (CSO) has  pegged GDP growth at 7.1%, from 7.6% in 2015-16 in January 2017 mainly due to slump in manufacturing, mining and construction sectors. SBI Research pegged it further down at 6.7%, citing the note-ban impact on consumption and therefore production.

"The latest round of Ficci’s Economic Outlook Survey puts forth an annual median gross domestic product (GDP) growth forecast of 6.8% for 2016-17. This is 0.5 percentage points lower than the estimate of 7.3% put across in the last round," cited Ficci in a release in January this year.

India's GDP growth is likely to be 5.8% in third quarter of FY17, says SBI