The investment recovery is expected to remain modest and uneven across sectors, as deleveraging takes place and industrial capacity utilization picks up, the report said. 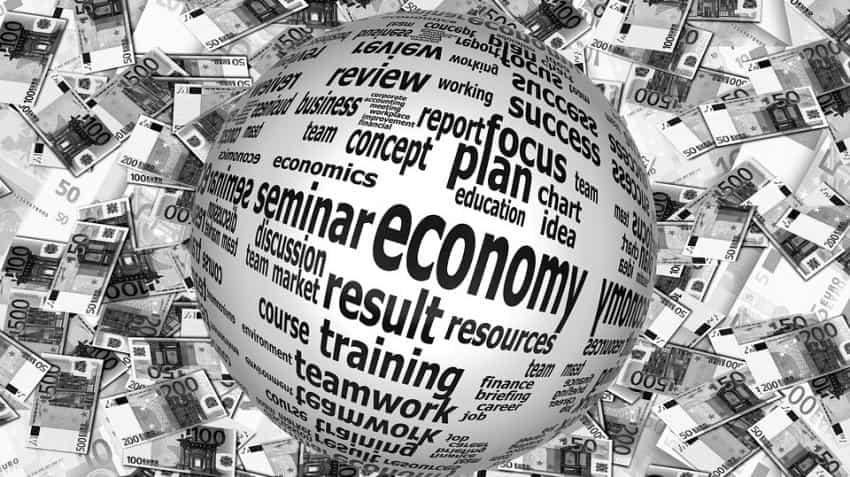 The IMF said progress on important economic and structural reforms over the last year has been impressive. Photo: Pixabay
Written By: PTI
RELATED NEWS

India's growth is projected to slow to 6.6% in 2016-17 fiscal due to the strains that have emerged in the economy as a result of "temporary disruptions" caused by demonetisation, the IMF said today.

In its annual report, however, the International Monetary Fund (IMF) said demonetisation would have only short term impact on the economy and it would bounce back to its expected growth of more than 8% in the next few years.

The post-November 8, 2016 cash shortages and payment disruptions caused by the currency exchange initiative have undermined consumption and business activity, posing a new challenge to sustaining the growth momentum, the IMF said in its annual country report on India.

The investment recovery is expected to remain modest and uneven across sectors, as deleveraging takes place and industrial capacity utilization picks up, the report said.

In their report, the IMF Directors supported the Indian efforts to clamp down on illicit financial flows, but noted "the strains that have emerged" from the currency exchange initiative.

"They called for action to quickly restore the availability of cash to avoid further payment disruptions and encouraged prudent monitoring of the potential side-effects of the initiative on financial stability and growth," the report said.

Noting India's strong economic performance of the past few years, the IMF Executive Directors commended New Delhi for its strong policy actions, including continued fiscal consolidation and an anti-inflationary monetary policy, which have underpinned macroeconomic stability.

The IMF feels that on the external side, despite the reduced imbalances and strengthened reserve buffers, the impact from global financial market volatility could be disruptive, including from US monetary policy normalization or weaker-than-expected global growth.

"In the absence of disruptive global financial volatility, slower growth in China, Europe and the United States would have only modest adverse spillovers to India, given weak trade linkages," the IMF said.
"A key domestic risk stems from the government?s currency exchange initiative, where the near-term adverse economic impact of accompanying cash shortages remains difficult to gauge, while it may have a positive economic impact in the medium term," the report said.

Domestic risks also flow from a potential further deterioration of corporate and public bank balance sheets, as well as setbacks in the reform process, including in GST design and implementation, which could weigh on domestic demand-driven growth and undermine investor and consumer sentiment, it added.

"On the upside, larger than expected gains from GST and further structural reforms could lead to significantly stronger growth; while a sustained period of continued-low global energy prices would also be very beneficial to India," it said.

The IMF said progress on important economic and structural reforms over the last year has been impressive.

"Over the past year, big bang reforms, such as the legislation of a new bankruptcy code, formalisation of inflation targeting framework, and a milestone constitutional amendment enabling implementation of the pan-India Goods and Services Tax (GST), have taken place alongside continued steps implementing the gradualist reform agenda of the Bharatiya Janata Party (BJP)-led government of Prime Minister Narendra Modi," it said.

Notwithstanding its majority in the lower house of the national parliament, the BJP does not have control of the upper house, thus requiring consensus building for the passage of key legislation.

As a result, securing passage of the GST constitutional amendment spanned several parliamentary sessions and entailed compromise with regional parties, it said.

The Modi Government, it said, continues to work towards enhanced inclusive growth. "The financial inclusion agenda has broadened over the past two years, evolving from providing greater access to bank accounts and financial services to introducing more remunerative savings vehicles to diminish the luster of traditional gold-based savings," it said.

"The government's introduction of gold monetization schemes can boost financial intermediation by channeling domestic gold holdings to gold savings accounts, although uptake thus far has been minimal," it added.