Soon after the announcement of the ban on Rs 500 and Rs 1000 notes, the experts and economists, who were expecting GDP around 7.6% revised the numbers to below 7%. 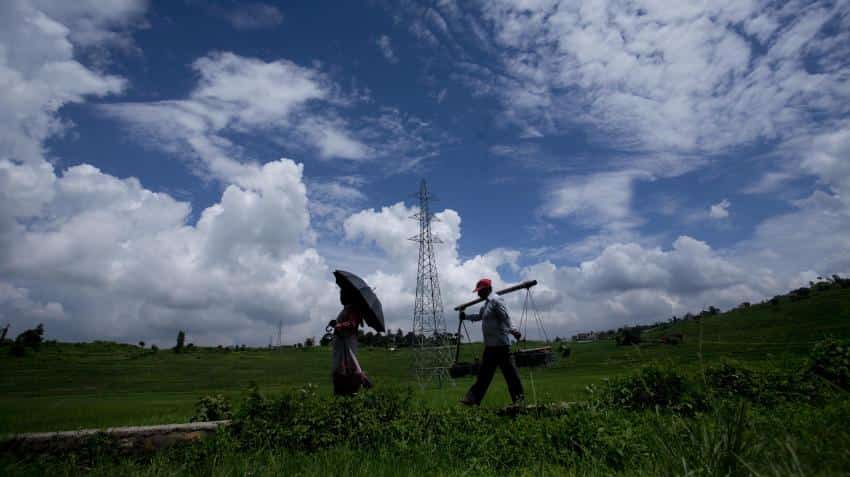 CSO will also release the estimates for GDP growth for the current fiscal. Photo: IANS

Central Statistics Office (CSO) is set to unveil India's Gross Domestic Product (GDP) growth for the third quarter ended December 31, 2016. The numbers are crucial and closely watched as they will show they impact of Prime Minister Narendra Modi's demonetisation drive that began on November 8, 2016.

In January 2017, Ministry of Statistics & Programme Implementation had revised the real GDP growth to 6.9% for the fiscal year 2016 as against 7.6% in earlier estimates.

Soon after the announcement of the ban on Rs 500 and Rs 1000 notes, or demonetisation, the experts and economists, who were expecting GDP around 7.6% revised the numbers to below 7%.

Here's what they had said:

India Ratings: In December, India Ratings (Ind-Ra) said that India's GDP growth may fall to three-year lows. It had revised its GDP growth forecast for FY17 to 6.8%, 100bp lower than its earlier projection of 7.8%, reasoning the disruptions caused by demonetisation.

Sunil Kumar Sinha, Principal Economist and Director Public Finance of India Ratings said, “Disruption has been caused at various level of economy due to de-legalisation of banknotes of Rs 500 and Rs 1000 denominations. Ind-Ra analysis shows that the economic cost of the de-legalisation will be Rs1.5 lakh crore for FY17.”

International Monetary Fund: In December, IMF cut India's growth forecast for the current financial year to 6.6% as against the earlier estimate of 7.6%.

Nomura: In January 2017, Nomurasaid that India's growth numbers are likely to slide in the next two quarters, but a sharp rebound is expected in the second half (H2) of 2017 as the demonetisation impact will be transitory and not long lasting.

The Japanese financial services major has lowered its January-March 2017 GDP forecast to 5.7% and that of April-June to 6.8%, from 7%.

Ficci: According to a Ficci survey released in the month of January, India's economy is projected to be 6.8% for the year 2016-17. The economists in the survey have forecast the government's latest demonetisation decision to cause a slowdown in the industrial and services sector growth.

State Bank of India: India's larget bank in terms of assets, SBI had said that India's economy is projected to grow below 6% in the third quarter (Q3) of the current fiscal year 2016-17 (FY17) on account of the short-term negative impact of the government's demonetisation decision on the growth numbers.

HSBC: India is expected to clock a GDP growth of 7.1% in 2017-18 as the country gets sufficiently remonetised and the schemes in the Budget play a supportive role, says an HSBC report.

"We expect GDP to grow at 7.1% year-on-year in 2017-18, up from 6.3% in 2016-17, as the country gets sufficiently remonetised (by April-end), and consumption moves back to pre-demonetisation levels," HSBC India Chief Economist Pranjul Bhandari had said.

Care Ratings: On November 18, soon after the demonetisation announcement, Madan Sabnavis, Chief Economist, and Anushka Sawarkar, Associate Economist, Care Ratings, in a report titled 'Impact of demonetisation on GDP growth in FY17' had said, "Some of the losses in GDP incurred in these seven weeks (under third quarter) will be recovered in the next quarter, particularly for consumer goods where there would be only deferment of purchase."

Ambit Capital: The cash crunch arising out of demonetisation is expected to paralyse economic activity in the short-term, and the 2017-18 GDP growth is likely to be 5.8 %, Ambit Capital had said in November.

According to Ambit Capital, GDP growth is likely to decelerate from 6.4% in first half of this fiscal to 0.5% in the second half with a distinct possibility of GDP growth contracting in third quarter of this fiscal. "We expect this dynamic to crimp GDP growth in India in FY18 as well and hence we cut our FY18 GDP growth estimate to 5.8% (from 7.3%)," the report said.

Icra: Indian economy is expected to slow by at least 40 bps to 7.5 per cent for the full financial year due to the demonetisation drive, which is likely to create a lull in consumption-oriented sectors in the short term, rating agency Icra had said.

“Based on our current assessment of the likely impact of demonetisation, we expect full year GDP and GVA (gross value added) to be 40 bps lower than our earlier forecasts of 7.9 per cent and 7.7 per cent, respectively, which presumes economic activity would resume normalcy in the fourth quarter of 2016-17,” Icra Senior Economist Aditi Nayar said in a report.

Reuters Poll: According to a Reuters poll, having posted growth of above 7% for six consecutive quarters, India`s gross domestic product is expected to have expanded just 6.5% in the October-December quarter - the weakest in nearly three years.

The poll also suggested growth would remain below 7% in the first quarter of 2017, at 6.9%. India`s GDP for the fiscal year to March 2017 is expected to grow 6.9%, according to the poll of over 20 economists. That is higher than the International Monetary Fund`s estimate of 6.6%.