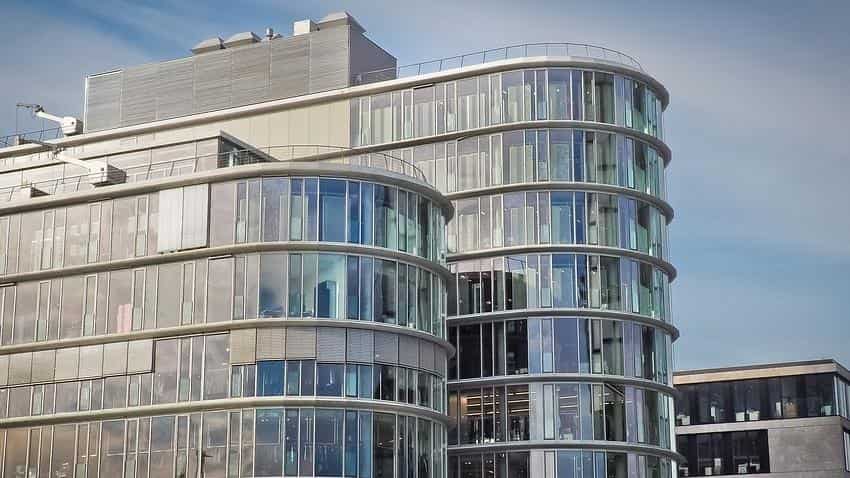 3. Bengaluru has come in at 6th while Mumbai at 7th in ranking in the recent survey

Despite slowdown in demand from IT and BPM sector, Hyderabad has emerged as the number one city for the investment in commercial office space in Asia Pacific (APAC) market, according to Cushman & Wakefield's latest report.

It had ranked major cities of Asia Pacific (APAC) based on three factors-- economy, real estate performance and risks.

Other than Hyderabad, other five Indian cities have made it to the Cushman & Wakefield's list of top 10 emerging investment destinations in Asia Pacific (APAC) market.

Bengaluru has been ranked as 6th while Mumbai has come in at 7th in the Cushman & Wakefield latest real estate Asia Pacific (APAC) investment list. 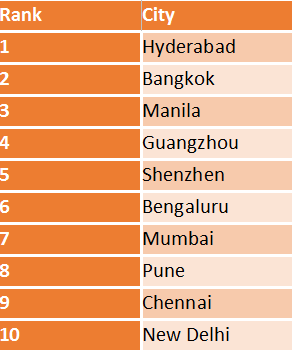 Pune has come at 8th while Chennai at 9th in ranking and New Delhi at 10th ranking in the recent survey.

"Despite concerns about global events such as Brexit and changing US immigration policies impacting the IT-BPM sector in India, we have seen that other sectors such as BFSI, healthcare, consulting services and various manufacturing industries are increasingly driving demand for commercial spaces," cited Cushman & Wakefield senior director Siddhart Goel in press release.

"This has resulted in net absorption across the top 8 Indian cities to remain in  the range of 32-35 million square feet (msf) in the last three years even as the share of the IT-BPM sector in commercial office leasing has steadily gone down from 65-70% to 52-55% during this period. Within APAC, India is expected to continue contributing highly to the total office demand," he said.

Cushman & Wakefield findings showed that India is the fastest growing economy in the Asia Pacific (APAC) region coupled with its government's introduction of initiatives into the real estate sector to bring transparency and with the sector having the highest yields among the emerging markets.

He further said, "Consequently, global investors are increasing their capital outlays substantially as they are confident about the long-term  prospects of the Indian economy in an environment of increasing transparency and accountability backed by policy  reforms such as Real Estate Regulation Act (RERA), Real Estate Investment Trusts (REITS), Goods and Services Tax (GST), Benami Transactions Act, etc."

After Hyderabad, Bangkok city in Thailand has come in at number second spot while Manila in Philippines has come at number third in Cushman & Wakefield's top 10 real estate investment destinations in Asia Pacific (APAC) .

The report findings have showed that the total private equity (PE) investments in India's real estate sector touched $6.0 billion in 2016, a 25% increase from the $4.8 billion in 2015 and the highest in nine years.