India's cities like Mumbai, Gurugram and Noida have witnessed a minimum new launches of housing during the first quarter of 2017. 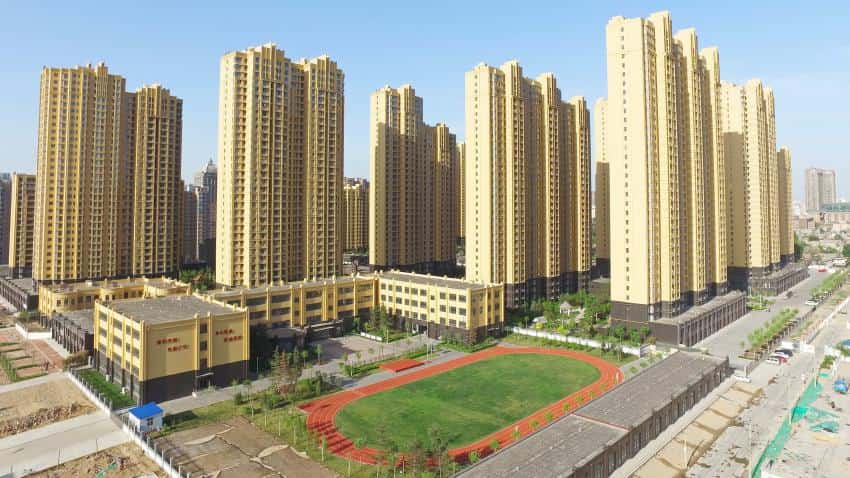 Cities like Gurgaon, Noida along with Mumbai and Chennai have witnessed a negligible new launches in the housing sector during the first quarter (Q4) due to unsold inventories. Representational Image. Image Source: IANS
Written By: Tejal Yerunkar
RELATED NEWS

Due to weak investors demand post demonetisation, the launch of new houses in India during the first quarter (Q1) of present year has declined over 19% in eight key cities with Gurugram (earlier Gurgaon), Mumbai recording minimal launches during the quarter, according to PropEquity's latest report. 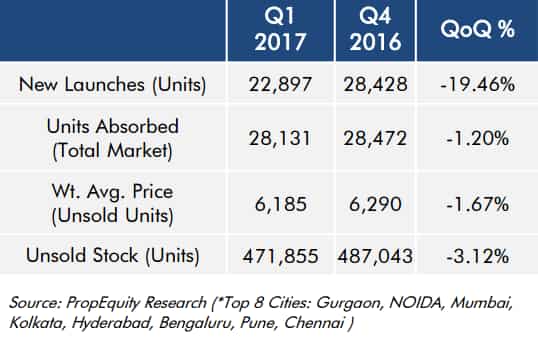 According to PropEquity report, the fall in new launches is largely on account of developers anticipating dip in demand post demonetisation coupled with muted investors demand.

“Real estate sector in India, especially housing is going through a critical transition phase post demonetisation as transaction activity has slowed down. Many buyers, sellers, banks and private equity investors are waiting for the sector to tide over the volatility in the market,” PropEquity founder and chief executive officer Samir Jasuji said in a press release on Wednesday.

However, the unsold inventory during the first quarter (Q1) dipped slightly by 3.12% to 4,71,855 units from 4,87,043 units in the fourth quarter (Q4) of 2016 due to lower new launches and developers focussing on clearing their existing unsold inventories.

The findings showed that the housing demand (absorption) across key cities stayed almost muted and declined by just 1.2% at 28,131 units as against 28,472 units in the fourth quarter (Q4) of 2017.

Among the eight cities surveyed by the real estate research firm, Kolkata registered the highest growth in the number of new launches at 53.9% during the quarter with unsold inventory at 0.5%.

Cities like Gurgaon, Noida along with Mumbai and Chennai have witnessed a negligible new launches in the housing sector during the first quarter (Q4) due to unsold inventories.

Gurgaon recorded a new launch of houses at 0.78% while unsold stocks fall by 2.3% during the quarter. Noida saw new launches of 216% while it unsold stocks declined by 2.4%

Similarly, Mumbai and Chennai have recorded minimal new house launches during the quarter at 3.7% and 17%, respectively. The country's financial capital registered a fall in unsold inventory at 0.9% while Chennai recorded a fall of 2.7% during the quarter.

The real estate research firm expects the upcoming Real Estate Regulation and Development Act (RERA Act), which will be implemented on May 1, to help in expediting the execution of under construction projects by developers on timely basis.

“With implementation of RERA, we foresee delays in project deliveries to go down as developers rush to complete previously launched projects to avoid penalties. We strongly believe that developers with good track record, strong financials and low leverage to external debt are expected to perform better in the current environment,” cited Jasuji.

It has projected the new house launches to pick in the coming quarter.