From farm loan waivers to your EMIs, 10 things RBI said

RBI during its monetary policy meet on Wednesday touched upon several aspects right from inflation to farm loan waivers to 7th Pay Commission, among others. Here are 10 key things RBI said during its meet. 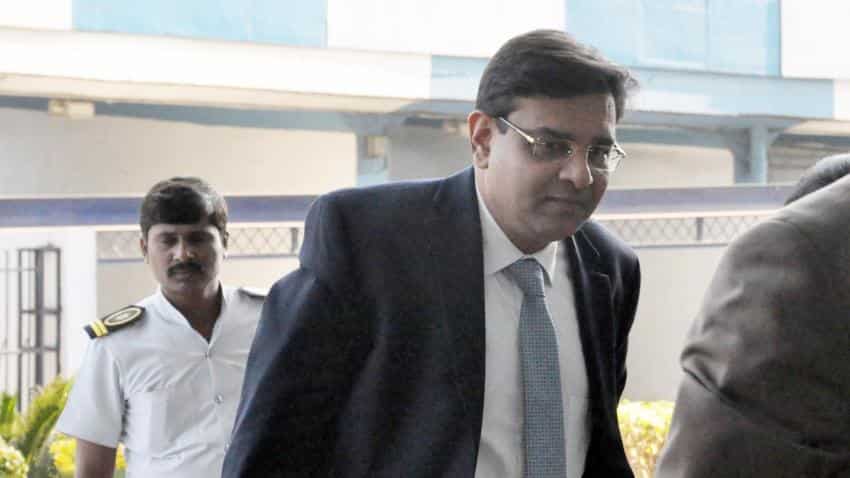 The Reserve Bank of India (RBI) in its bi-monthly monetary policy meeting on Wednesday afternoon has kept the key lending rates unchanged.

The monetary policy committee (MPC) headed by Urjit Patel has kept the repo rates unchanged for the fourth straight time at 6.25%. The repo rate is the rate which the central bank lends to the banks.

The central bank has however slashed the Statutory Liquidity Ratio (SLR) or the percentage of deposits that banks have to park in government securities, by 0.5% to 20%, Zeebiz reported.

According to Care Ratings and RBI's monetary policy statement, RBI touched up aspects right from farm loan waivers to inflation to 7th Pay Commission to crude oil prices, among others.

1. Retail inflation for the month of April, reached to a multi-year low at 2.99% owing to decline in food inflation viz prices of pulses and vegetables. However, there was an increase in fuel prices.

2. Noting that inflation has fallen below 4% only since November 2016, the MPC remains focused on its commitment to keeping headline inflation close to 4% on a durable basis keeping in mind the output gap.

3. RBI expects inflation to range between 2.0- 3.5 % in the first half of the year and 3.5-4.5% in the second half. The RBI has projected upside pressure on inflation owing to an  increase in the house rent allowances under 7th central pay commission’s award, announcements of large farm loan waivers and  Global financial and political risks

4. Merchandise exports posted double digit growth in March and April 2017 in an environment of slowly improving global trade, with 80% of this expansion contributed by engineering goods, petroleum products, gems and jewellery, readymade garments and chemicals. Merchandise imports also increased sharply, propelled by domestic demand, with the jump of 47.2% in US dollar terms not recorded since 2011

5.With the CSO’s provisional estimates for 2016-17, the projection of real GVA growth for 2017-18 has accordingly been revised 10 bps downwards from the April 2017 projection to 7.3% with risks evenly balanced

6.The risk of fiscal slippages, which, by and large, can entail inflationary spillovers, has risen with the announcements of large farm loan waivers

7. At the current juncture, global political and financial risks materialising into imported inflation and the disbursement of allowances under the 7th central pay commission’s award are upside risks. The date of implementation of the latter is still not announced and as such, it is not factored into the baseline projections

8. The growth of real gross value added (GVA) for FY17 stood at 6.6%, 0.1% lower as per the second advanced estimates released in the month of February owing to decline in services sector viz construction , financial and professional services and real estate. Growth in real estate was hampered due to demonetisation. However, agricultural activities registered growth owing to increase in production of food grains and horticulture

9. Crude oil prices fell to a five-month low in early May on account of increase in output from Canada and the US and it declined even after OPEC’s recent efforts to tighten the market by extending the output cuts by nine months

10. RBI relied on various measures to absorb the excess liquidity in the market created in the market post demonetisation. Around $1 trillion in the system was absorbed through the issuance of treasury bills under market stabilisation scheme and around $0.7 trillion by issuances of Cash Management Bills (CMBs) .