For the second half of the fiscal, the Reserve Bank of India sees inflation in the range of 2-3.5%. 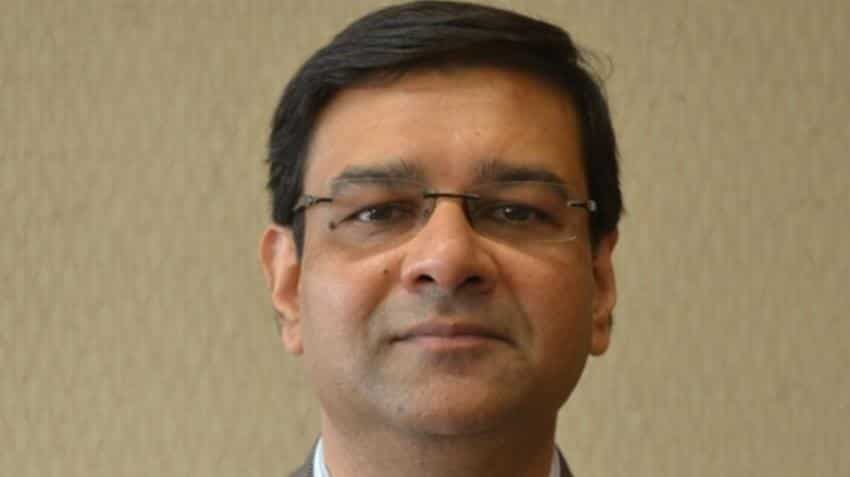 The Reserve Bank of India in its second bi-monthly monetary policy for FY18 kept the interest rates unchanged at 6.25%. However, it reduced the statutary liquidity ratio (SLR) by 50 basis points, effective from fortnight starting June 24.

The central bank has kept the reverse repo rate unchanged at 6%.

The central bank has cut Statutory Liquidity Ratio (SLR) by 50 basis points to 20%. SLR is a term used by the RBI for reserve requirement that commercial bank needs to maintain in the form of  government bonds, gold before providing credit to the customers.

Commenting on the inflation, RBI said that the abrupt and significant retreat of inflation in April from the firming trajectory that was developing in February and March has raised several issues that have to be factored into the inflation projections.

Giving four factors, RBI said, "First, it needs to be assessed as to whether or not the unusually low momentum in the reading for April will endure. Second, the prices of pulses are clearly reeling under the impact of a supply glut caused by record output and imports. Policy interventions, including access to open trade, may be envisaged to arrest the slump in prices. Third, the accumulated downward adjustment in the prices of petrol and diesel effected in April has been largely reversed on June 1. Fourth, the easing of inflation excluding food and fuel may be transient in view of its underlying stickiness in a situation of rising rural wage growth and strong consumption demand."

Thus, the April reading has imparted considerable uncertainty to the evolving inflation trajectory, especially for the near months.

"The decision of the MPC is consistent with a neutral stance of monetary policy in consonance with the objective of achieving the medium-term target for consumer price index (CPI) inflation of 4 % within a band of +/- 2 %, while supporting growth," RBI said in a statement.

If the configurations evident in April are sustained, then absent policy interventions, headline inflation is projected in the range of 2.0-3.5 % in the first half of the year and 3.5-4.5 % in the second half, RBI said.

The MPC noted that incoming data suggest that the transitory effects of demonetisation have lingered on in price formations relating to salient food items, entangled with excess supply conditions with respect to fruits and vegetables, pulses and cereals.

At the same time, however, the CSO’s latest releases on national income accounts and industrial production attest to the effects of demonetisation on the broader economy being sector specific and transient, as well as to the noteworthy resilience of private consumption. At this stage, it is difficult to isolate these factors or to judge the strength of their persistence. As the year progresses, underlying inflation pressures, especially input costs, wages and imported inflation, will have to be closely and continuously monitored.

Noting that inflation has fallen below 4 % only since November 2016, the MPC remains focused on its commitment to keeping headline inflation close to 4 % on a durable basis keeping in mind the output gap. The current state of the economy underscores the need to revive private investment, restore banking sector health and remove infrastructural bottlenecks, RBI said in the statement.

"Monetary policy can play a more effective role only when these factors are in place. Premature action at this stage risks disruptive policy reversals later and the loss of credibility. Acordingly, the MPC decided to keep the policy rate unchanged with a neutral stance and remain watchful of incoming data," RBI said.

This was the fifth policy review of central banks governor Urjit Patel and the six-member Monetary Policy Committee (MPC).

In the last monetary policy, on April 7, the central bank had kept repo rate unchanged at 6.25%. At same time, made a 25 basis point increase in reverse repo rate.

Since the last monetary policy, on macro-economic front, a lot of data has been released for the last financial year (FY17).

ALSO READ: RBI's monetary policy: 12 factors and 10 charts that you must know

Consumer Price Index (CPI) Inflation has cooled sharply recently to 2.99% Year-on-Year (YoY) in April from an average of 4.5% YoY in FY2017, largely on the back of paring of food and core inflation.

Analysts have been expecting RBI to keep the rates unchanged. However, they were hoping for measures to maintain liquidity.

Naresh Takkar, Managing Director and Group CEO, ICRA had said, “The MPC may choose to observe the actual progress of the monsoon and the adjustment during the transition to the GST, prior to reducing the policy rate or reversing the stance back to accommodative from neutral. Therefore, we expect the MPC to opt for a pause in the June 2017 policy review."

Kamalika Das and  Sumedha DasGupta, analysts of ICICI Bank had said, "Since only one month’s inflation data for the current fiscal (April 2017) will be available when the MPC meets, the Committee may refrain from changing its stance on inflation. However, any further soft prints on both the inflation and growth fronts may give the MPC occasion to re-evaluate their policy stance."

Further, Das had said, "We expect some liquidity management measures to be announced in the August policy, if not in the upcoming one."