Keeping the repo rate and reverse repo rate unchanged, the RBI revised its headline inflation downward to be in the range of 2-3.5% from the earlier 4.5% in the first half of the fiscal. The policy revised GVA estimates 10 basis points lower to 7.3%. 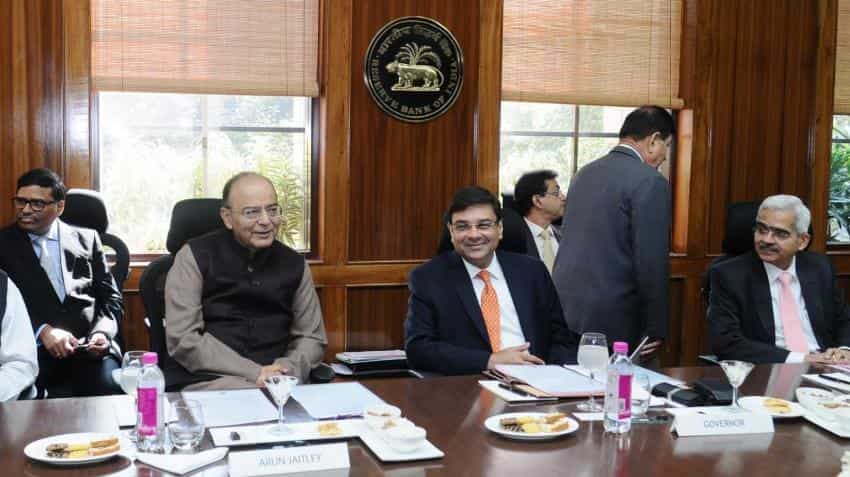 Reserve Bank of India (RBI) announced its second bi-monthly monetary policy for the current fiscal and decided to keep repo rate and reverse repo rates unchanged at 6.25% and 6% respectively. However, it lowered inflation and India's GVA growth projections.

“The decision of the MPC is consistent with a neutral stance of monetary policy in consonance with the objective of achieving the medium-term target for consumer price index (CPI) inflation of 4% within a band of +/- 2%, while supporting growth,” Reserve Bank of India (RBI) said.

RBI cut projected headline inflation in the range of 2-3.5% from earlier 4.5% for the first half of this fiscal.

“If the configurations evident in April are sustained, then absent policy interventions, headline inflation is projected in the range of 2.0-3.5 per cent in the first half of the year and 3.5-4.5 per cent in the second half,” RBI said.

Inflationary pressure subsided over the past two months with Consumer Price Inflation (CPI) that examines the weighted average of prices of a basket of consumer goods and services, cooling to 2.99% Year-on-Year (YoY) in April from an average of 4.5% YoY in FY17. Wholesale Price Index (WPI) inflation dropped to a four-month low of 3.85% in April as both food articles and manufactured items showed cooling in prices.

RBI said that the cooling of inflation in the month of April raised several issues which needed to be factored in while projecting inflation.

“First, it needs to be assessed as to whether or not the unusually low momentum in the reading for April will endure. Second, the prices of pulses are clearly reeling under the impact of a supply glut caused by record output and imports. Policy interventions, including access to open trade, may be envisaged to arrest the slump in prices. Third, the accumulated downward adjustment in the prices of petrol and diesel effected in April has been largely reversed on June 1. Fourth, the easing of inflation excluding food and fuel may be transient in view of its underlying stickiness in a situation of rising rural wage growth and strong consumption demand,” RBI said.

The policy cut statutory liquidity rates by 50 basis points to 20% starting from June 24.

RBI also confirmed that the implementation of the GST is not expected to have a material impact on overall inflation, as spoken of by many analysts.

“As the year progresses, underlying inflation pressures, especially input costs, wages and imported inflation, will have to be closely and continuously monitored,” RBI added.

RBI said that the current account deficit (CAD) for the year 2016-17 would remain within 1% of GDP. The RBI pegged growth of real gross value added (GVA) for FY17 at 6.6%, which was 0.1% point lower than the second advance estimates released in February 2017.

“With the CSO’s provisional estimates for 2016-17, the projection of real GVA growth for 2017-18 has accordingly been revised 10 bps downwards from the April 2017 projection to 7.3 per cent, with risks evenly balanced,” RBI said.