Bata had recently taken the producers of Jolly LLB 2 to court over a dialogue in the movie which mentioned the brand. 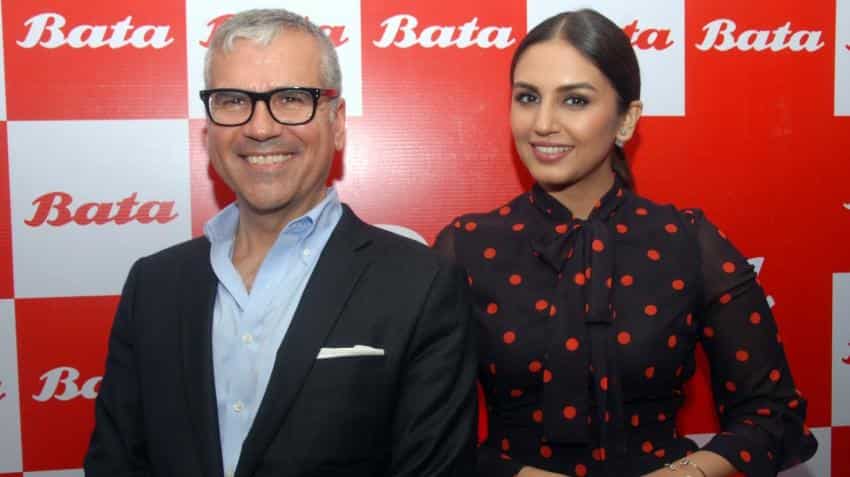 Bollywood films are seldom free of controversies. While many are as a result of interference from political parties or religious groups taking “offence” or it's the censor board that has a problem with the content or depiction. Recent examples would be Udta Punjab, Aligarh or the still-in-process Padmavati. However, these forces are not the only ones playing spoil sport. Many brands have also cried foul when their name is mentioned in movies or is a part of a song.

Footwear brand Bata India recently took the producers of Jolly LLB 2 - staring Akshay Kumar and Annu Kapoor - to Court. The brand sued the producer, Fox Star Studios, for the mention of Bata shoes in a dialogue. Bata deemed the reference derogatory and defamatory.

In a statement it said, “The brand BATA has been deliberately shown in an extremely bad taste and the dialogue was intended to convey that the brand BATA is adorned only by lower strata of society and one should feel humiliated if one wears BATA footwear.”

The contentious issue for Bata was the subtitle for the dialogue “Varna kya….Bata ka joota pehan kar, tuchhi si terricot ki shirt pehan kar, sala hum se zabaan lada rahe hain” which was translated to “Who are you to argue with me in your “CHEAP SHOES” and shabby clothes”. The makers of the film had replaced Bata with 'cheap shoes' and hence the debate.

The producers had to delete the scene from the movie.

This is not an one-off incident. In 2010, FMCG brand Emami took on Salman Khan-starrer Dabangg for the song 'Munni badnaam hui', which featured Malaika Arora Khan in the video mentioning its pain-relieving ointment brand 'Zandu balm'. The company served a legal notice to the producers 'Arbaaz Khan Productions' claiming it was the sole copyright holder of “not only the product, but as also the name Zandu balm”.

Emami later decided to settle the matter outside the court. The company got the nod to use the song in their Zandu balm ad. Everything worked out in the favour of both the parties. The producers had the case against them dropped and the sales of Zandu balm soared 35% in July - September 2010 thanks to the popularity of the movie and the song, according to an Economic Times report.

This led Pedilite to approach the production house for a probable in-film placement of its product in its sequel 'Dabangg 2'. The movie featured the song 'Fevicol Se'.

Another similar instance where a Bollywood film used brands names without permission was the Prakash Jha film 'Chakravyuh' which featured a song with 'Tata, Birla and Bata'. Even then, Bata India had filed a complaint in the Delhi High Court against the film's producers.

According to a PTI report, senior advocate Ranjit Kumar, appearing for Bata, contended, “The lyrics in the song are offending and would cause serious harm to the firm's reputation and goodwill”. He added that song says that "the company exploits the poor and suck them to make profits."

However, the Delhi HC had allowed the film to release with the song. Not deterred, it appealed to the Supreme Court. It was once again turned down at the apex court, and film was allowed to release but with the disclaimer showing on-screen during the song.

Not all brands loose their heads when their product is mentioned in a movie. A case in point is the 2009 movie 'Gulaal' where the song 'Ranaji' which mentions Bisleri, Coke and even PepsiCo's tagline 'Yeh Dil Mange More'. We did not see the brands taking the movie to court over the songs lyrics.

While brands are willing to pay the big bucks to be included in just a single frame of a Bollywood film, some deem free publicity is obviously good.

Harish Bijoor, brand expert and CEO of Harish Bijoor Consultants said, “A brand is the property of the company. Whether a film using the brand name without the company’s permission contributes or not to it, the brand has the right to protect its name. It is the brand's decision to take action or not. But if a brand’s name is used without permission, I believe it has the right to protect itself.”

"Sometimes both ad agencies and brand managers take things too seriously. The bottom line is that there is not much to be feared if it is used in daily context. Consumers in the end look at it in their own context and if the brand is working for them. It (mentioning the brand name in a film) doesn’t make too much of difference to the consumer.”

Similarly, K V Sridhar, Founder and Chief Creative Officer of Hyper Collective said that if a brand is mentioned in a movie usually it should not react to it, unless it is used in a very derogatory manner. “It is 2017 and we live in a democracy, film makers should be allowed freedom of expression. In many other countries entire movies are made on certain brands and they don’t react. Unless them make very derogatory statements and mention unsubstantiated or false statements against the brand, they should not react to it. While some brands may do it to get attention and to reveal in it if they win, it can have a negative effect on consumers who may even take to social media to mention their distaste for the brand’s actions.”

In the case of Bata – Jolly LLB, many people took to social media and called Bata India's case bullying.

What Bata is doing with the makers of JOLLY LLB 2 is straight-up bullying, the kind they would never want to be subjected to, of course. pic.twitter.com/xMdtQdFam3