President Trump's 'Muslim Ban' has drawn the ire of the US brands which have taken to voice their opinions through their ads. 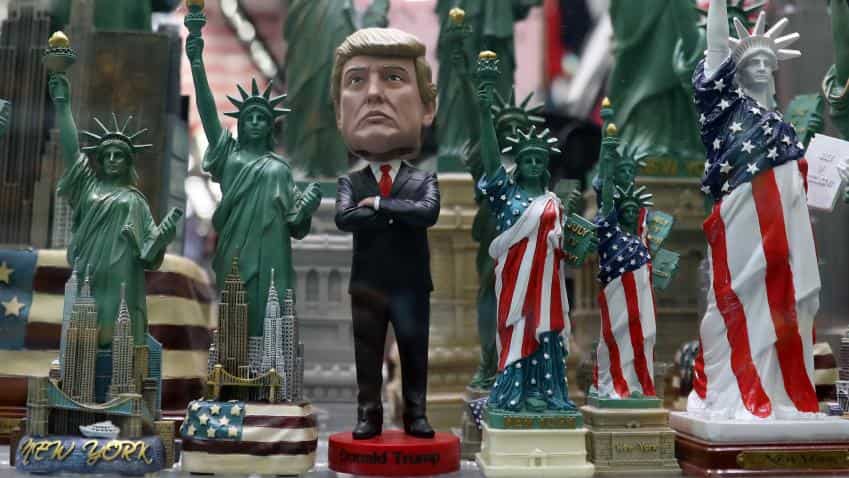 A Donald Trump doll with Statue of Liberty dolls at a store in the US. Photo: Reuters

It has been just over 2 weeks since Donald Trump was sworn in as the 45th President of the US and the battle has already begun to protect the liberal state that it has been. Trump had signed 20 executive orders in just 10 days since taking office, the most controversial of which was the ban people from certain Muslim countries to enter into the country, which sparked a huge outrage. This includes countries such as Iraq, Iran, Libya, Somalia, Sudan, Syria and Yemen.

It is not only people who have criticised the ban, but some of the top US brands such as Apple, Google, Facebook, Netflix, Uber, among others have joined the fight against his order dubbed as the 'Muslim ban'.

These US brands have now taken legal action against Trump by filing law suits in US Courts. It is not only these companies, a total of 97 companies are reported to have filed a legal brief condemning President Trump's executive orders on immigration.

These US brands, which have largely depended on talent from the world over for growth, have left no stone unturned. While they have approached the US Court's to intervene, they have also taken to communicate their message through advertising.

Leveraging the SuperBowl, which garners the highest viewership a massive 114 million, many brands have taken to giving a message to President Trump about the importance of diversity in the US. Despite the huge costs of advertising (over $5 million for 30 seconds spot) brands include Airbnb, Coca-Cola and Budweiser chose to air their message of unity and diversity in the US. Even T-Mobile released its campaign on the same subject on social media and roped in top celebrities, including popstar Justin Bieber.

Airbnb's ad film 'We Accept' was one of the most direct messages to Trump on the diversity of the country and its acceptance of immigrants. Showing juxtaposing faces of people from diverse ethnicities and religions. It gave the message, “We believe no matter who you are, where you're from, who you love or who you worship we all belong. The world is more beautiful the more you accept.”

Budweiser's ad 'Born the Hard Way' on other hand chose to tell the story of its founder Anheuser-Busch, who was German immigrant to the US and his struggles to making the brand a reality in the US. It depicted his struggles of making it a ship to America to brew beer and even being told to go back home when he reached the shores.

US brand 84 Lumber took a path to show the future of the US which would include 'Trump's wall'. It depicted the journey of a Mexican immigrant woman and her child making a huge and daunting journey only to reach a huge wall at the border of the US. The little girl all the while collect materials she sees on the journey and creates a US flag which she hands to her mother. They make it across only though a wooden gate which was left open for them to enter. It ends with the message 'The will to succeed is always welcome here'.

These ads were among the most talked of and managed to get a lot of support. While Airbnb's ad generated nearly 70,000 tweets, Coca-Cola's ad got 69,000 tweets during the SuperBowl. The 84 Lumber initial version of the ad with the border wall was even rejected by Fox and had to be reworked.

While brands in the US are treading a path they have never before due to the Trump's Presidency, they seem to be not bowing to pressure or intimidation from Trump.