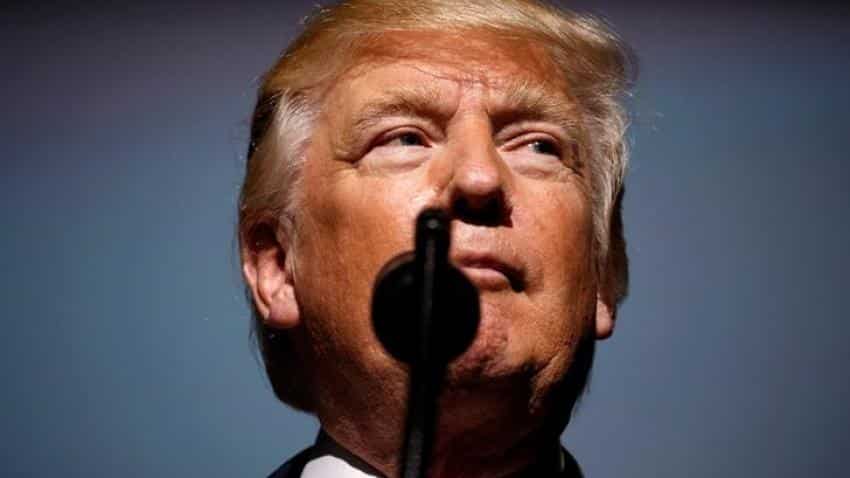 By US President Donald Trump’s math, renegotiating the North American Free Trade Agreement (NAFTA) and other deals will largely pay for the massive tax cuts his cabinet laid out earlier in the week.

He is likely off by a factor of close to 10 - or more - according to trade and tax economists who say it does not make sense to think of the world in the two-dimensional, money-in-my-pocket or money-in-yours way that Trump did in a Thursday interview with Reuters.

The president, for example, said that given the current $61 billion annual trade deficit with Mexico, the United States would be better off if the two countries did not trade at all, saying "You'll save yourself a hell of a lot of money."

The former real estate developer's economic assessment appeared to overlook the ways in which a total halt to trade between the two neighbors would ripple through both nations - changing prices, currency values, jobs and wages, arguably helping some industries but damaging others.

The net impact of Trump's calculations, which run counter to most widely accepted views of the benefits of trade, are hard to predict, said Claude Barfield, a trade expert at the conservative American Enterprise Institute.

"These views about the trade deficit and its alleged negative impact...are nonsense, and are views he has held since the 1980s," said Barfield.

"It could happen," he said of a hypothetical severing of ties between the United States and Mexico, "but the things you would do to make it happen would be hugely disruptive. You`d have to think what are the first- and second-order effects," as industries reorganize and consumers adapt.

In the case of Mexico, the American companies that exported a quarter of a trillion dollars of goods and services to that country last year would be out a customer, and likely cut jobs.

Those American companies that tried to replace the $323 billion in Mexican imports would likely do so at a higher cost -- assuming they are in the United States to begin with.

No more guacamole and a shrinking supply chain

There is no guarantee that if Trump were to seal the border with Mexico that it would "save" the United States any money, said Marcus Noland, a trade economist at the Peterson Institute for International Economics.

It may simply reduce consumption through higher prices charged by domestic suppliers, or lead to increased imports from a different country.

"Americans seem to really like guacamole," Noland said, "but the idea that we are going to have giant greenhouses and lots of avocados and limes - the fact that we are purchasing them from the Mexicans rather than producing them at home tells you producing them at home is more expensive. We can stop trading with the Mexicans, and have $60 billion less in consumption."

Since consumption accounts for a large part of the US economy, that is not an outcome Trump would want, though it would be one way, economists note, to achieve the trade balance the president and his advisers regard as important.

Trump told Reuters: "There is no such thing as a trade war when you have a deficit."

Most economists disagree with the notion that the trade deficit matters much to a country as large and self-sufficient as the United States.

Trade at that scale in particular is shaped by global savings and investment patterns that in recent years have favored the United States.
By the statistics most widely accepted among economists, the U.S. position with the rest of the world has been steadily improving as investment flows into the country from abroad and supports millions of jobs.

The current account deficit – which includes trade flows, investment, and other financial transfers across borders – has been shrinking for more than a decade and is now less than 2 percent of gross domestic product.

As far as the impact of trade on the federal deficit - a separate concept reflecting how much the government spends and how much it collects from businesses and households - Trump said that he was not worried that his plan to cut taxes will result in a sea of red ink "because we will do trade deals that are going to make up for a tremendous amount of the deficits."

Economists, however, say any connection is circuitous, felt through channels like an increase in tax payments from new job holders or stronger corporate profits -- but hard to estimate and likely small.

Even if Trump achieved his wildest success, and eliminated the United States` $500 billion trade deficit solely through increased exports that boosted gross domestic product on a dollar-for-dollar basis, it would do little to dent the estimated $7 trillion in government deficits his tax plan is projected to generate over the next decade.

Alan Cole, an economist at the Tax Foundation, said that every dollar of gross domestic product generates about 17.6 cents in federal government revenue, meaning the $500 billion trade shortfall would translate into just $88 billion in new taxes.

Even that, he said, is wildly generous.

"You have to say where is the new production coming from, which people, which places?" Cole said. "Will it be new factories being built, and if so why haven`t they been built already?"