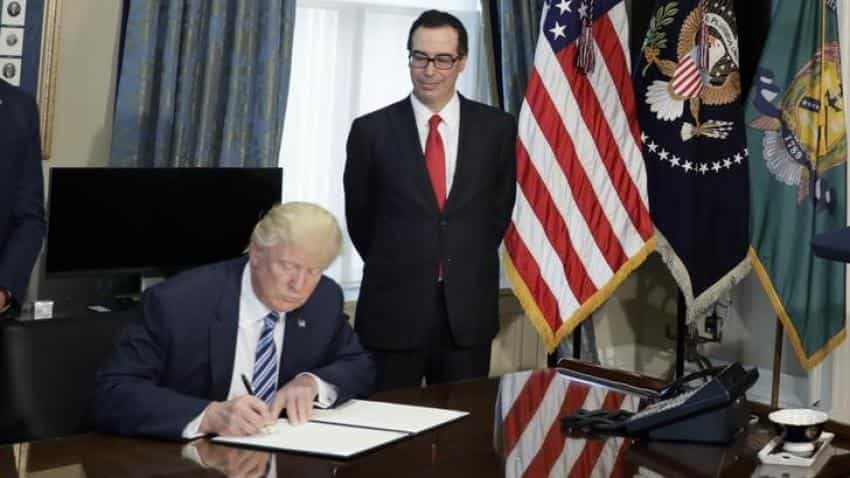 His comments during an interview by International Monetary Fund Managing Director Christine Lagarde suggested that the plan would not be revenue-neutral and would increase deficits in the short term.

Mnuchin said that the tax plan would pay for itself when viewed through a "dynamic scoring" analysis, which accounts for the increased tax revenues that would be produced by higher growth prompted by the tax changes.

Mnuchin also said the tax plan would be aimed at helping the middle class to "get more money in their pockets" and would be much simpler.

"The tax code is way, way, way too complicated. We want to create a system where the average American can file a tax code on a big postcard," Mnuchin said.