Under Trump`s proposals, American companies would move from being the most highly taxed among the Group of 20 countries to among the lowest. Tax rates would fall below those of neighbouring Mexico and Canada, which Trump has accused of shortchanging the United States in trade deals. 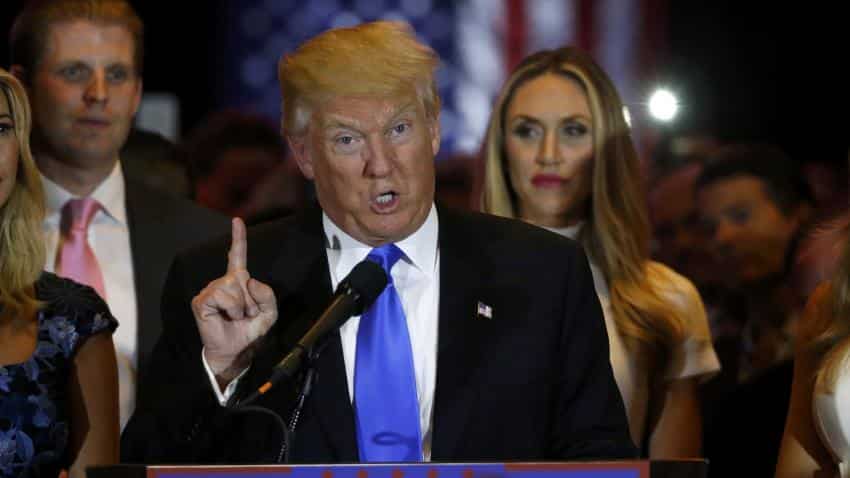 U.S. businesses would reap a windfall if President Donald Trump`s plan to cut corporate tax rates and slash taxes on cash parked overseas becomes law, but it was unclear whether they would stimulate a surge in investment and job creation in return.

Under Trump`s proposals, American companies would move from being the most highly taxed among the Group of 20 countries to among the lowest. Tax rates would fall below those of neighbouring Mexico and Canada, which Trump has accused of shortchanging the United States in trade deals.

Corporate leaders and business lobbying groups such as the U.S. Chamber of Commerce on Wednesday cheered the administration`s tax proposals, while allowing that the initial one-page plan left out crucial details.

The tax plan, which includes a cut in taxes on public companies to 15 percent from 35 percent, does not detail cuts in spending that would help keep the budget deficit under control.

Apple did not immediately respond to a request for comment on Wednesday, but Chief Executive Officer Tim Cook has said the company was looking to bring back offshore cash if tax rates for doing so were lower.

"What we would do with it, let`s wait and see exactly what it is, but as I`ve said before we are always looking at acquisitions," Cook told investors on the company`s first-quarter earnings call in January in response to an analyst`s question about the company`s thinking on acquisitions.

Cook`s comment points to a big unknown for the White House and congressional Republicans, who have said business tax cuts would result in more and better jobs.

Studies of the results of past tax holidays found that most of the offshore cash brought home by U.S. companies was used to buy back shares or make acquisitions, not to fund investments in production capacity or jobs.

Many U.S. companies have been tightfisted about investing in new plants and equipment following the last recession, which left them wary of becoming overextended. Since 2014, investment in new equipment has flatlined, according to government data.

The financial impact of the White House tax plan will vary widely by company and business sector. A proposal to cut inheritance taxes, for example, is of high interest to auto dealers, which are often family-controlled enterprises.

Many companies already pay less than the headline 35 percent tax rate. Companies in the S&P 500 index paid an average tax rate of 29.06 percent for 2016, Standard and Poors said.

A change of a few percentage points in tax rates can make a big difference. Aircraft maker Boeing Co

Boeing has been cutting jobs in the United States, warning employees last week that it planned another round of cuts that would eliminate hundreds of engineering jobs.

While the tax cuts may produce a short-term boost to the economy and add fuel to a stock market rally, it falls short of the comprehensive tax reform that Trump had pledged earlier.

Regarding other parts of his agenda, his administration has been stymied in its attempts to limit immigration by the courts, while an attempt to repeal and replace Obamacare failed in Congress.

“A cynic would say this is a rushed attempt to have something big to show for President Trump’s first 100 days in office," said Luke Bartholomew, investment strategist at Aberdeen Asset Management in London.