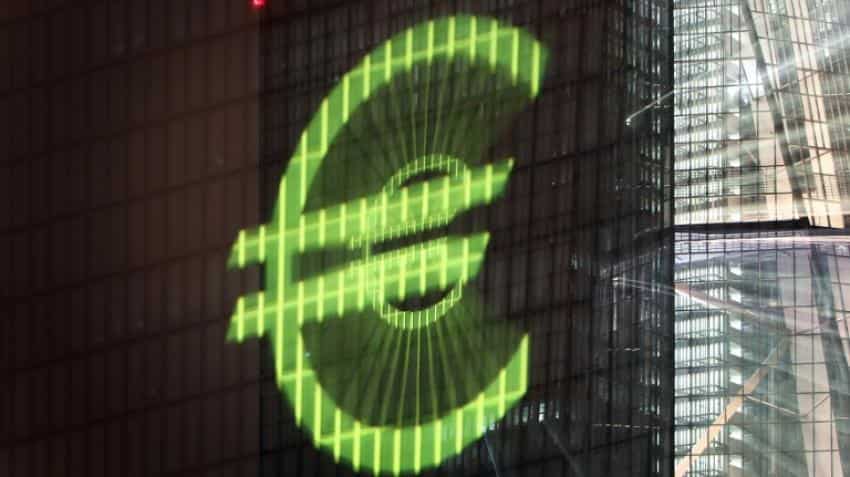 The figure was nearly double the 0.6% in November and edges inflation much closer to the European Central Bank`s (ECB) target of 2.0% as a fragile economic recovery continues. Image Source: AFP
Written By: AFP
RELATED NEWS

Inflation in the eurozone jumped to 1.1% in December, the highest level for more than three years, boosted by rising oil prices, official European Union (EU) figures showed on Wednesday.

The figure was nearly double the 0.6% in November and edges inflation much closer to the European Central Bank`s (ECB) target of 2.0% as a fragile economic recovery continues.

Analysts surveyed by financial services provider Factset had predicted 1.0% inflation for the eurozone, the 19-country area that uses the European single currency.

The last time inflation was at the same level was in September 2013, the European Union`s statistics agency Eurostat said.

Analyst Howard Archer said the 1.1% figure for December 2016 was "more than originally expected but perhaps less than suspected after German inflation jumped to 1.7%."

Energy inflation was at 2.5% but core inflation -- stripped of volatile food and oil prices -- only edged up to 0.9% from 0.8% in November, Archer noted.

The latest figure was boosted sharply by the rise in energy prices triggered by oil cartel OPEC`s December decision to cut output.

The eurozone`s low inflation rate has been a huge worry for the ECB, whose goal is to keep it near 2.0%.

Inflation is closely watched as it reflects underlying consumer demand in the economy and is a key sign of whether the eurozone is headed for a full-fledged recovery.

ECB chief Mario Draghi has said inflation would reach its target level by 2018 or 2019.