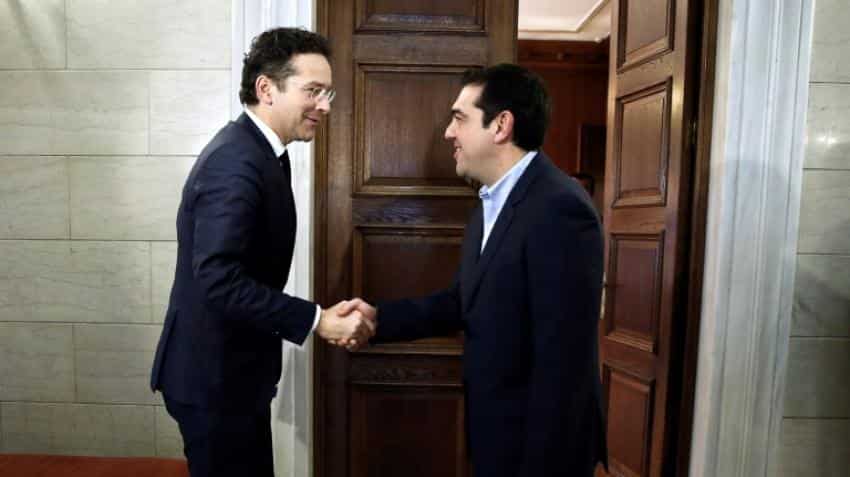 A eurozone source told AFP that officials from the bloc would officially decide on restoring the minor debt relief at a meeting in January, where Germany would still be in a position to block the procedure. Image Source: AFP
Written By: AFP
RELATED NEWS

Eurogroup head Jeroen Dijsselbloem on Saturday said Greece had cleared up doubts and could expect a positive decision on debt relief, defusing a row over surprise handouts announced by Athens.

"Happy to conclude that we have cleared the way for ESM to go ahead with decision-making procedures for short-term debt measures (for Greece)," Dijsselbloem said in a tweet, referring to the eurozone`s bailout fund, the European Stability Mechanism (ESM).

"I have received a letter in which my Greek colleague has confirmed his commitment to previous agreements," added Dijsselbloem who presides the group that brings together the eurozone`s 19 ministers and is also the Dutch finance minister.

A eurozone source told AFP that officials from the bloc would officially decide on restoring the minor debt relief at a meeting in January, where Germany would still be in a position to block the procedure.

Tsipras sparked the fight after announcing one-off handouts including a surprise payout to 1.6 million low-income pensioners and a temporary sales tax break for islands sheltering thousands of migrants.

The handouts angered Berlin and also revealed divisions at the heart of the eurozone, with France defending Athens in a rare act of defiance.

The debt relief in question was agreed by eurozone ministers on December 5 in the face of criticism by the International Monetary Fund (IMF) that it fell well short of what was necessary to get Greece back on its feet.

Under the bailout agreed with eurozone countries, Greece has committed to making a host of economic reforms and must submit to oversight of its budgets and spending plans.