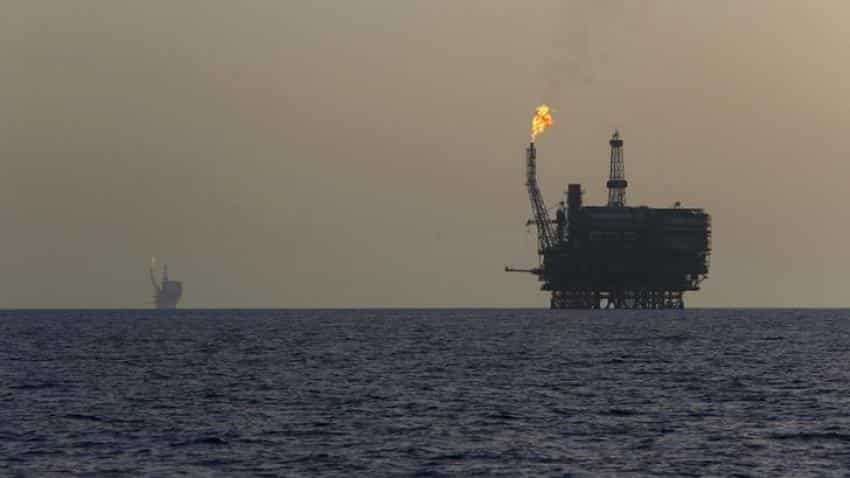 Offshore oil platforms are seen at the Bouri Oil Field off the coast of Libya. Image Source: Reuters

Oil prices jumped more than 5% on Monday after OPEC and non-OPEC producers agreed to curb oil output and ease a global glut, while the US dollar extended gains ahead of an expected rate hike this week.

The agreement between OPEC and a number of other oil producing nations was the first joint action since 2001, following more than two years of low prices that strained many government`s budgets and spurred unrest in countries from the Middle East to Latin America.

Brent futures for February delivery rose 5% to $56.94 per barrel, with US crude spiking a similar amount to $54.07 per barrel.

Commodity currencies and energy shares were also pulled higher, adding to bullish sentiment after another day of strong gains on Wall Street on Friday.

"Investors who have been overweight cash and fixed interest are continuing to push stocks higher as confidence builds," Ric Spooner, chief market analyst at CMC Markets in Sydney, said in a note.

On Friday, a preliminary survey from the University of Michigan showed the US consumer sentiment index at its highest since January 2015, which may spur the Fed to strike a confident tone on the economy`s outlook when it starts a two-day meeting on Tuesday for the final policy meeting of 2016.

Futures markets have virtually priced in a rate increase this week while the greenback gained fresh legs from the data, posting a 10-month high against the Japanese yen and standing tall against a trade-weighted basket of its peers.

The euro was trading near a one-year low against the dollar with the single currency changing hands at 1.053 per dollar. Analysts at BBH expect a rebound to 1.07 per dollar if the 1.05 level is not broken.

A recent run of strong data has pushed long-term US Treasury yields higher and prompted some economists to pencil in more US rate increases in coming months.

Morgan Stanley economists expect six rate increases between now and end-2018 and say that any dollar pause is an opportunity to add to long positions.

In the bond markets, the US Treasury yield curve steepened further with the spread between ten and two year bond yields reaching a one-year high of 135 basis  points. It has gained 35 basis points over the last month.