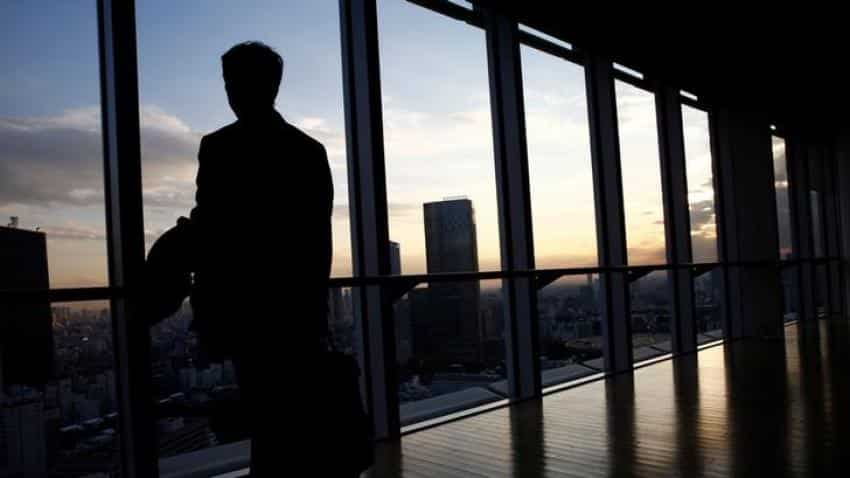 An IT engineer, who does not want to be identified, poses against a window where Tokyo''s office buildings are seen after having an interview with Reuters in Tokyo. Image Source: Reuters
Written By: Reuters
RELATED NEWS

Japanese workers put up with long hours and unpaid overtime under pressure from cost-saving companies, and figures from government, which wants more money in workers` pockets to boost consumer spending, appear to underestimate the problem.

Prime Minister Shinzo Abe is trying to enact labour reforms as part of his "Abenomics" plan to end decades of stagnant growth and deflation. His proposals include measures to cut working hours and limit overtime, raise wages for temporary workers and make things easier for employees with children.

By law, both management and rank-and-file employees should get paid for extra work, but companies have been discouraging overtime claims for so long that employees accept it as normal.

"Often I don`t bother claiming overtime because my projects would run over budget, and that would hurt my chances for promotion," said one 38-year-old IT engineer who asked not to be named for fear of upsetting his boss.

He estimates that he works an average of 50 unpaid overtime hours a month, often leaving the office at 8:00 pm, spending some time with his wife and three-year-old son before bed, then getting up at 3:00 am to tackle unfinished work.

A 26-year-old Tokyo man who works in sales at a steel trading company said his employer regularly pressured workers into reducing hours on their overtime forms. In busy times he works from 7:00 am to midnight, plus Saturdays.

"The amount of overtime has left me exhausted," he said.

At times, the punishingly long hours can have tragic consequences.

The suicide of a 24-year-old ad agency worker who clocked up 105 hours of overtime in the month before she fell into depression was last month ruled "karoshi", or death by overwork.

Abe`s pleas for businesses to put up wages to kickstart the economy have largely fallen on deaf ears. But if the results for the union survey are extrapolated nationwide, just paying employees for the hours they work could push up consumer spending by 13.4%, according to Reuters calculations based on monthly wage data and the propensity to consume.

In an era of weak global demand and uncertainty about economic prospects, Japanese companies have been hoarding cash rather than sharing it with the workforce.

Since Abe took office in late 2012, recurring profits have gone up 62.3%, but staff compensation has grown a miserly 2.1%. Household spending has risen just 1.6% during the same period.

"Companies are without a doubt robbing workers of their wages and free time," said Toko Shirakawa, a visiting professor at Sagami Women`s University and a member of the government`s work culture panel.

But cultural and workplace expectations are difficult to change overnight, and civil servants say the government also needs to get its own house in order.

One 26-year-old at a government agency in downtown Tokyo said he was paid for about 70% of the overtime hours he worked.

"I request pay for all the overtime hours I work, but we operate on a fixed budget, which means you don`t automatically receive the full amount," said the man, who declined to be named. "I feel like I`m working for free."