The meeting will come as Trump during his campaign said that Japan might want to become a nuclear power to counter North Korean and suggested pulling US troops from the region. 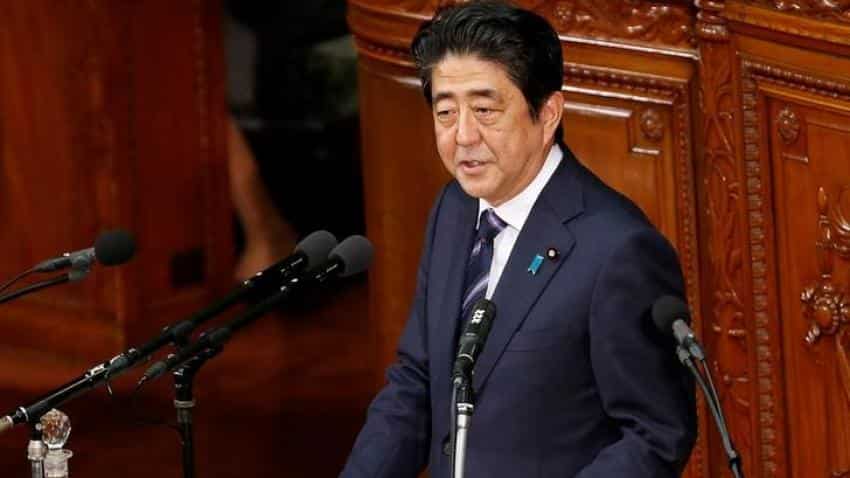 Japan's Shinzo Abe will on Thursday become the first foreign leader to meet Donald Trump, as the US president-elect continues efforts to select candidates for top jobs in his cabinet.

The Japanese prime minister will meet Trump during the evening at the Republican billionaire's headquarters in midtown Manhattan in an encounter that will be closely watched for hints on long-standing security pacts that he has called into question.

Abe will likely try to grasp the incoming US leader's real thoughts on foreign policy, following remarks during the campaign that Japan might want to become a nuclear power to counter unpredictable neighbor North Korea, and suggestions he might pull US troops from the region.

The meeting will take place after a busy day in which Trump will meet a stream of potential new hires as well as holding talks with influential Republican realpolitik strategist Henry Kissinger, now 93.

In an interview with The Atlantic magazine following the vote, Kissinger said Trump could "establish coherence between our foreign policy and our domestic situation."

There is "obviously a gap between the public's perception of the role of US foreign policy and the elite's perception," said Kissinger, who served as secretary of state and head of the national security council in the 1970s.

One fresh name floated for a cabinet post is South Carolina Governor Nikki Haley, who according to CNN and MSNBC is being considered for secretary of state and other posts.

Until now, US news outlets have suggested that former New York mayor Rudy Giuliani was tipped for the job of top diplomat.

Media reports suggested Trump might have believed that the 72-year-old's controversial professional ties - which include lobbying for a Venezuelan oil firm - were too much to secure senate confirmation.

Haley, the daughter of Indian immigrants, originally supported Marco Rubio for president but eventually came around to supporting Trump.

Retired general Michael Flynn is being considered for the role of national security adviser - a position that does not require senate confirmation, NBC News reported.

Flynn is one of the few national security experts who strongly supported Trump during the campaign.

Between 2012 and 2014, the 57-year-old headed the Defence Intelligence Agency but left under a cloud because of clashes with personnel and administration officials, US media reported.