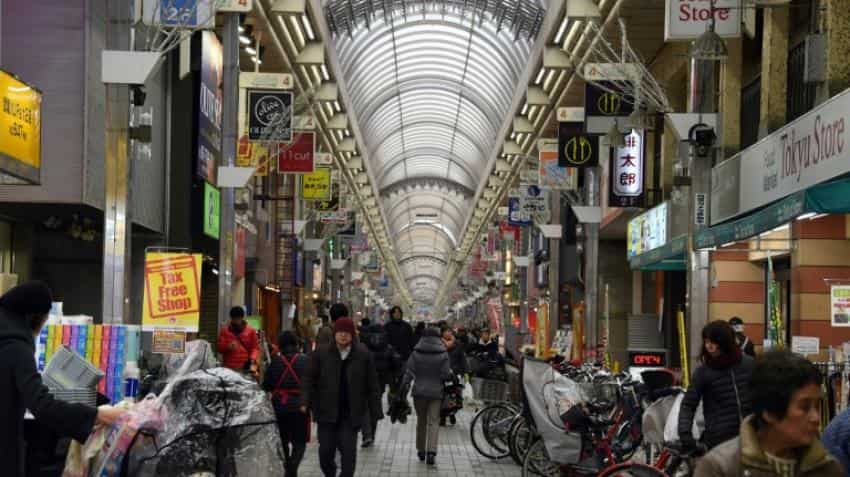 "Household spending has been flat in the past year because disposable income has not increased," said Yoshiki Shinke, chief economist at Dai-ichi Life Research Institute. Image Source: AFP
Written By: AFP
RELATED NEWS

Spending among Japanese households fell for an eighth successive month in October despite the unemployment rate sitting at a 21-year low, government data showed on Tuesday.

The ministry said on Tuesday that household spending last month dropped 0.4% from a year earlier.

It was, however, a smaller decline than the 2.1% drop in September, partly because of higher vegetable prices.

"Household spending has been flat in the past year because disposable income has not increased," said Yoshiki Shinke, chief economist at Dai-ichi Life Research Institute.

"Even though salaries are rising, the pace of their increase is not so big compared with the gain in social insurance premiums, and people have seen no prospects that their salaries will rise in a sustainable way," he told AFP.

Jobs data stayed positive, with the unemployment rate remaining at 3.0%, unchanged from September and the lowest since 1995.

The labour ministry separately said the ratio of job offers to job seekers came in at more than 25-year high of 1.40 in October, meaning there were 140 offers for every 100 job hunters.

Japan`s central bank this month pushed back the timeline for hitting its 2.0% inflation target to March 2019 -- four years later than its original target and the latest in a string of delays.