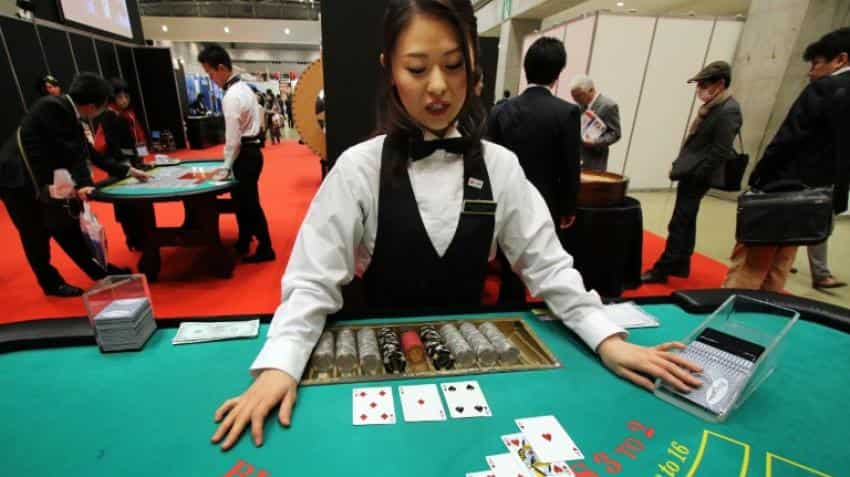 "The bill passed through the chamber and will be sent to the upper house by today," a parliamentary spokeswoman said. Image Source: AFP
Written By: AFP
RELATED NEWS

Japan`s lower house of parliament on Tuesday passed a long-awaited bill to legalise casinos, in a major step toward opening up a market seen as a potential global gaming powerhouse.

Some opposition members walked out of the chamber before the vote to protest the bill, which comes after years of delays over worries about gambling addiction and organised crime getting involved in the casino market.

"The bill passed through the chamber and will be sent to the upper house by today," a parliamentary spokeswoman said.

The proposed legislation is all but assured to get through the upper house, which is also controlled by the ruling Liberal Democratic Party (LDP).

The LDP is expected to try get to the bill passed quickly before the current parliamentary session ends on December 14.

Prime Minister Shinzo Abe and his LDP are betting that casinos can help support tourism after Tokyo hosts the 2020 Olympics -- and pump some life into their faltering bid to boost the world`s number three economy.

Backers have said green lighting casinos could bring billions of dollars worth of investment, in a challenge to Asian gaming titan Macau.

The former Portuguese colony has struggled to recover since a corruption crackdown by Chinese President Xi Jinping and an economic slowdown since mid-2014 drove away many mainland high-rollers.

Japan has long been viewed as a massive gaming market due to its wealthy population, close proximity to China and appetite for other forms of legal gambling, including horse and boat racing.

Pachinko, a slot machine-style game played in thousands of smoky parlours in every corner of Japan, is a huge revenue generator. Winnings can be exchanged off site for cash, skirting gaming laws.

Osaka, Tokyo and nearby Yokohama have all been cited as possible locations for major resorts that would host casinos, hotels, convention centres and entertainment venues.

But casino gambling does not have wide public support largely due to concerns about social and crime issues seen as being linked to gaming.

The arrest of several professional baseball players for betting on their sport made headlines last year, while an Olympic badminton hopeful crashed out after admitting he gambled at an underground casino.

The top-selling, centre-right Yomiuri newspaper cautioned against rolling the dice on casinos.

"Gamblers` losses are what makes the casinos money," it said in an editorial last week.

"It`s truly unhealthy to build a growth strategy on exploiting others people`s misfortune and bad luck."