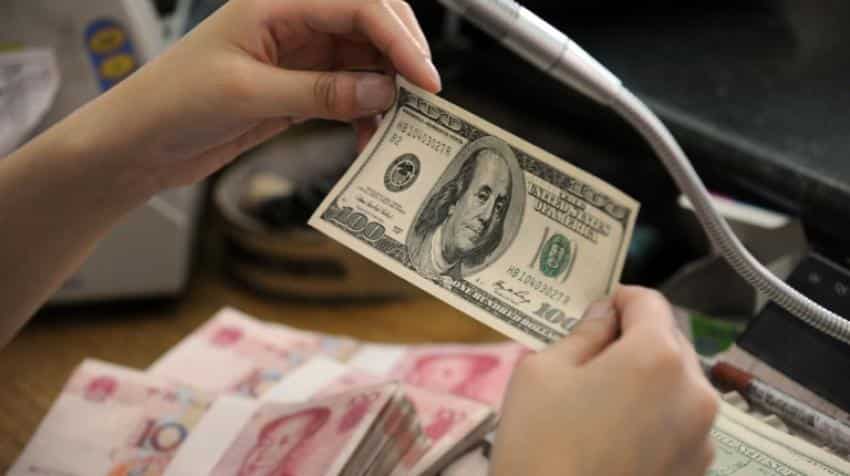 The figure was short of a median forecast of $3.13 trillion in a Bloomberg News survey, and analysts said a stronger dollar as well as continued capital outflows caused by declines in China's yuan currency were behind the decrease.

The yuan has hit a series of six-year lows against the greenback in recent weeks with growing expectations of a US Federal Reserve interest rate hike by the year's end helping to lift the US unit.

"The yuan was sprinting all the way to approach 6.8 in October, which may have prompted the PBOC to sell some reserves to stabilise the market," Gao Qi, a Singapore-based foreign-exchange strategist at Scotiabank, told Bloomberg.

"Capital outflows will continue, the only questions is how fast, and that depends on the dollar's move."

Over the course of October the People`s Bank of China (PBOC) weakened its central yuan fix against the greenback by 1.29%, and it has fallen further this month.

After the reserve figures were released late on Monday Julian Evans-Pritchard of Capital Economics said in a research note the decline "should not be as alarming as might first appear".

"Valuation effects due to last month's strengthening of the US dollar and fall in global bond prices will have played a large part," he added.