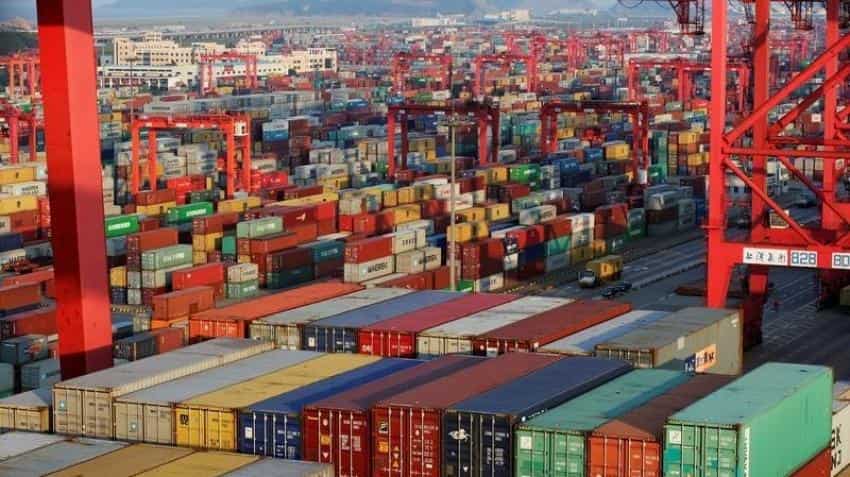 China`s economic growth is expected to cool to 6.6% this year and slow further to 6.5% in 2017, even as the government keeps up policy support to help ward off a sharper slowdown, a Reuters poll showed.

The world`s second-largest economy faces nagging downward pressure due to slack global demand that has hurt its exports, as well as risks from painful reforms to cut industrial overcapacity and a growing pile of debt that some analysts fear could spark a financial crisis.

The risk of a correction in the high-flying property sector could also pose a threat as more local governments rush to restrict home purchases to cool surging house prices and ward off housing bubbles.

While fears of a hard landing appear to have eased, recent data also have highlighted growing imbalances in China`s economy, with growth increasingly reliant on government spending as private investment falls to record lows.

"The downside risks to growth remain larger, though, and they can be manifested in a weaker-than-expected property sector or external demand," economists at HSBC said in a note.

"In addition, the slowdown in private sector investment over the past years means that the organic growth momentum of the economy may have declined, requiring policymakers to be more vigilant in terms of keeping policies as supportive as possible."

Last month, the World Trade Organization cut its forecast for global trade growth this year by more than a third to 1.7%, reflecting a slowdown in China and falling levels of imports into the United States.

Still, the median forecast in a Reuters survey of 59 economists was slightly better than a poll in July, when economists penciled in 2016 growth of 6.5% and 6.3% for 2017.

The poll also showed China`s economic growth could slow to 6.6% in the fourth quarter of 2016, from an expected 6.7% in the third quarter.

The National Bureau of Statistics is due to release third-quarter gross domestic product (GDP) data on Oct. 19.

Premier Li Keqiang said last week that China`s economy performed better than expected in the third quarter due to a rebound in factory output, company profits and investment.

A construction boom fueled by government infrastructure spending and a hot property market has boosted sales and profits for firms making building materials to furniture, though many smaller companies in unrelated sectors continue to struggle.

Analysts also expect annual inflation to average 2% in 2016 and 2017, underscoring the sluggish growth outlook. Inflation was 1.9% in September and 2% in the first nine months of 2016.

Economists have pushed back expectations of fresh monetary easing amid perceptions that it could aggravate rising debt levels and speculative activities.

Some analysts also believe flooding the system with more liquidity would do little to boost growth as companies may already be hoarding cash rather than making new investments.

As such, the government has been leaning more on fiscal stimulus to spur growth more directly.

It also has lowered the amount of cash that banks are required to hold as reserves to 17%, with its last move in February this year.

The PBOC is expected to cut banks` reserve requirement ratios (RRR) by another 50 basis points (bps) in the first quarter of 2017, and cut the benchmark lending rate by 25 bps in the fourth quarter of the year, according to the poll.

Economists polled in July had expected a 75 bps cut in RRR - the amount of cash that banks must hold as reserves - by the end of 2016, and a 25 bps cut in benchmark interest rates by the first quarter of 2017.