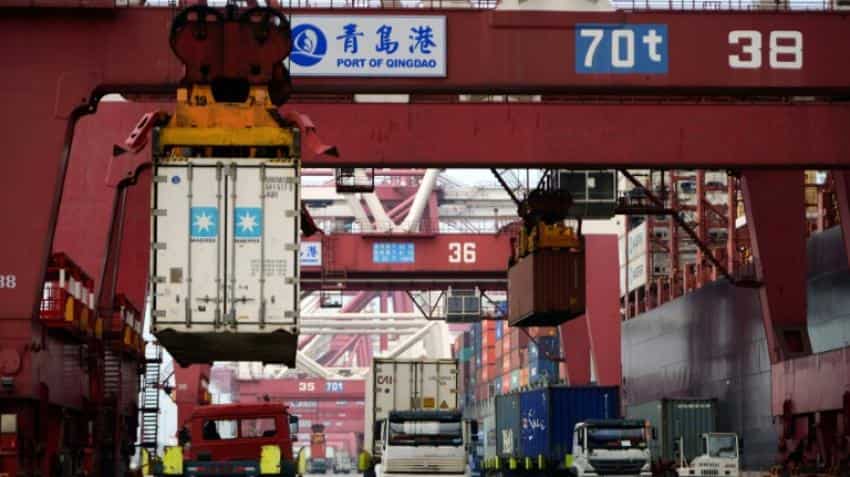 The figures will come as a disappointment after a recent batch of healthy figures, and suggest the Asian giant and key driver of the global economy is yet to see the bottom of a years-long growth slowdown.

China`s performance affects partners from Australia to Zambia, which have been battered by its slowing growth. 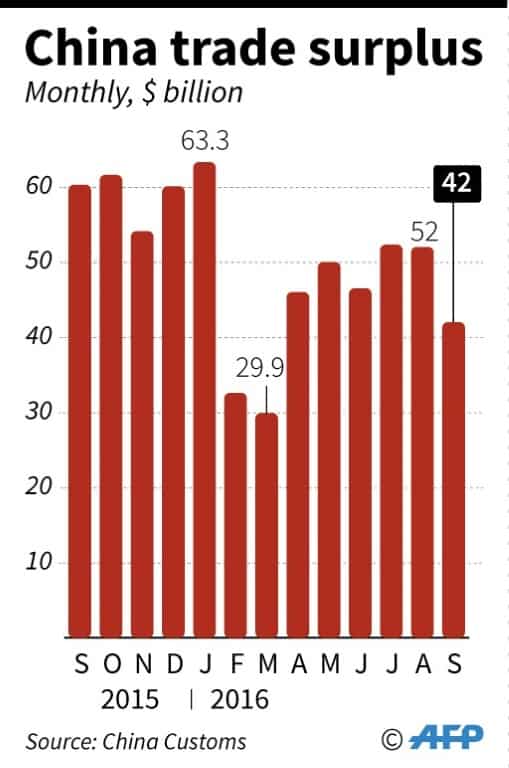 Both readings missed expectations, with a Bloomberg News survey of economists forecasting a drop of 3.3 percent for exports and a 0.6 percent rise in imports.

The figures are likely to put further pressure on China`s yuan currency, which hit six-year lows against the US dollar this week.

Analyst Julian Evans-Pritchard of Capital Economists said the results were "much weaker" than expected, noting that persistently "sluggish global demand" dragged on exports, and that the decline in imports raised questions about the strength of China`s domestic demand recovery.

But last month`s return to negative territory, with drops in import volumes of iron ore and copper, could be "an early sign that the recent recovery in economic activity is losing momentum", Evans-Pritchard said. However, he he warned against "reading too much into a single data point".

Customs earlier released the figures in yuan terms, which showed a 5.6 percent drop in exports and a 2.2 percent on-year decline in imports, with a 25 percent drop in the monthly trade surplus to 278.35 billion yuan.