Consumption, which accounted for almost 80 percent of economic growth in the first quarter, played a significant role in supporting the economy even as risks grew for Chinese exporters. March retail sales rose 10.1 percent from a year earlier, slightly more than expected and the strongest pace in four months, with consumers buying more of almost everything from cosmetics to furniture and home appliances. 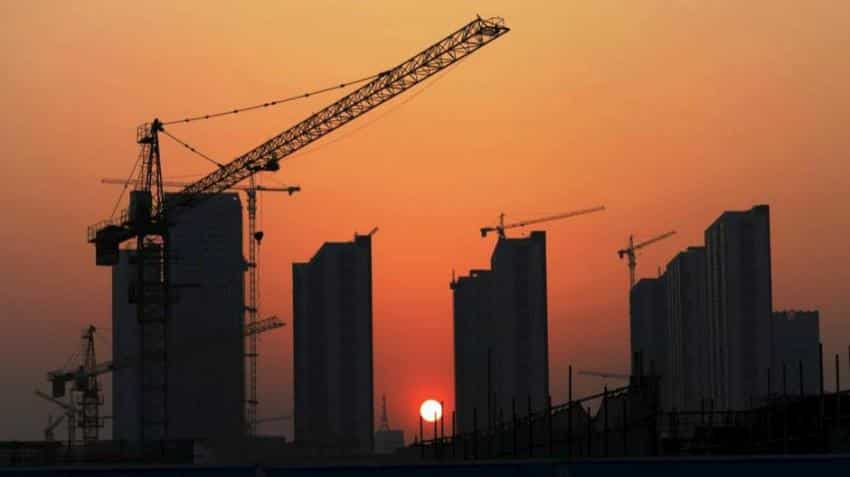 China`s economy grew at a slightly faster-than-expected pace of 6.8 percent in the first quarter, buoyed by strong consumer demand, healthy exports and robust property investment. Resilience in the world`s second-largest economy will likely help keep a synchronized global recovery on track for a while longer, even as China faces rising trade tensions with the United States that could impact billions of dollars in business. But economists still expect China will lose some momentum in coming quarters as Beijing forces local governments to scale back infrastructure projects to contain their debt, and as property sales cool further due to strict government controls on purchases to fight speculation.

Consumption, which accounted for almost 80 percent of economic growth in the first quarter, played a significant role in supporting the economy even as risks grew for Chinese exporters. March retail sales rose 10.1 percent from a year earlier, slightly more than expected and the strongest pace in four months, with consumers buying more of almost everything from cosmetics to furniture and home appliances.

"The retail sales data tells you a lot about consumption. It is not seasonal - if you look at growth in cosmetics, spending on clothing, spending on automobiles, there has been a persistent trend for a few months," said Iris Pang, Greater China economist at ING in Hong Kong. "Consumption is really strong, there is strong wage growth in urban areas. We underestimated the power of consumption in China."

First-quarter gross domestic product (GDP) growth was also backed by robust exports, with shipments to the US jumping 14.8 percent on-year. Some analysts have speculated Chinese firms may have rushed out deliveries to the US as tariff threats loomed. "We don`t expect (the U.S.-China tensions) will evolve into a full-scale trade war, but we also argue this uncertainty will not disappear and we expect a bumpy road of negotiations. In terms of the impact of potential tariffs, it is pretty limited, particularly this year," said Haibin Zhu, chief China economist at JP Morgan in Hong Kong.

"Even in the worst scenario that both countries start to implement the $50 billion tariffs, we`re talking about a few tenths of a percentage point and most likely it will only start to affect the economy late this year and in 2019."

CRACKDOWNS ON FINANCIAL RISKS, POLLUTION TO CONTINUE
Analysts polled by Reuters had expected January-March GDP to grow 6.7 percent from a year earlier, slowing marginally from 6.8 percent in the previous two quarters but remaining remarkably steady for such a large and dynamic economy.
On a quarterly basis, GDP grew 1.4 percent, slightly less than expected and easing from 1.6 percent in October-December. Growth has remained comfortably above the government`s target of around 6.5 percent for the full year, giving policymakers room to further reduce risks in China`s financial system and rein in pollution without stalling economic growth.

Authorities have repeated pledged to reduce a mountain of corporate debt in the name of national security, though they have moved cautiously to avoid stunting business activity.

Beijing has also stuck to its campaign of shuttering heavily polluting factories as it tries to encourage more sustainable and higher quality growth from sectors such as technology.

Smokestack industries have been a key focus of that pivot in industrial policy, even though it is weighing on China`s overall manufacturing outlook.

Industrial output expanded 6.0 percent in March on-year, the slowest pace in seven months. Analysts had predicted output growth would cool to 6.2 percent from 7.2 percent in the first two months of the year.
"Underneath the stable GDP growth is quite rapid rebalancing from industrial, investment and old economy sectors to consumption, services and new economy sectors like tech," said Robert Subbaraman, chief economist for Asia excluding Japan at Nomura in Singapore.

"The more timely March data, however, point to nascent signs of a growth slowdown underway, led by these old economy sectors."

REAL ESTATE TO SLOW
First-quarter readings on China`s property sector, a key economic driver, were mixed but also appeared to reflect the growing influence of changing government policies. Real estate investment accelerated to 10.4 percent in the quarter - the fastest pace in three years - compared with a 9.9 percent rise in the first two months of this year.

Analysts say a significant rise in land prices, as well as a government push to build more public housing, could have contributed to the unexpected strength in the headline figure and a jump in construction starts.
Property sales, however, continued to slow amid a flurry of government measures to get soaring home prices under control. Sales by floor area rose 3.6 percent in the quarter, easing from earlier in the year.

Private-sector fixed-asset investment rose 8.9 percent in January-March, accelerating from an increase of 8.1 percent in the first two months. Private investment accounts for about 60 percent of overall investment in China.

"The pickup in private investment this year is mainly the result of improving corporate profits from last year and government policy support. Bank lending at the start of the year also helped," David Qu, a Shanghai-based economist at ANZ.

Having a son has changed my perspective of life: Hardik Pandya