Profits of Chinese industrial firms surged 31.5 percent in the first two months of 2017 from a year earlier as prices of commodities from coal to iron ore raced higher, while strong imports also pointed to a pick-up in activity. 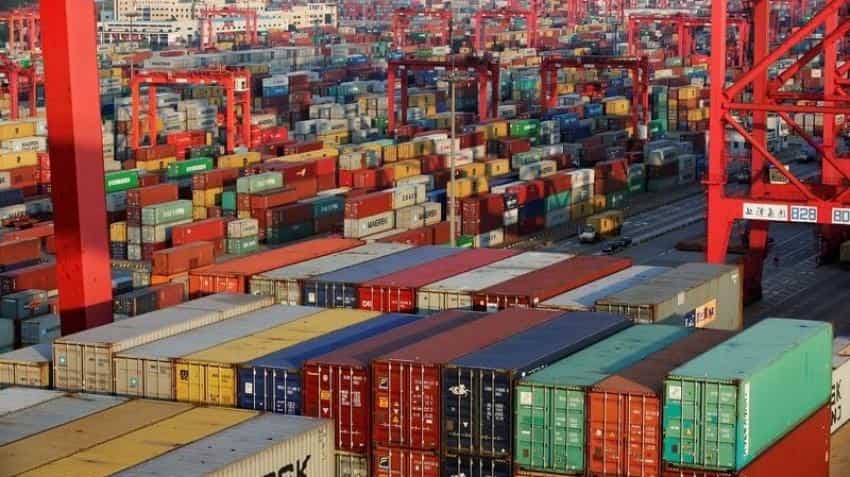 Profits of Chinese industrial firms surged 31.5 percent in the first two months of 2017 from a year earlier as prices of commodities from coal to iron ore raced higher, while strong imports also pointed to a pick-up in activity. Pic: Reuters
Written By: Reuters
RELATED NEWS

Profits of Chinese industrial firms surged 31.5 percent in the first two months of 2017 from a year earlier as prices of commodities from coal to iron ore raced higher, while strong imports also pointed to a pick-up in activity.

Stronger earnings could give a further boost to fixed-asset investment, which quickened early in the year, and give China`s "smokestack" industries more cash flow to start whittling away at a mountain of debt -- a key government priority this year.

Total industrial profits over the first two months of the year were 1.01 trillion yuan ($147 billion), the National Bureau of Statistics said in a statement on Monday.

The increase was mostly due to faster growth in prices of coal, steel and crude oil, He Ping, a statistics bureau official, said in a note accompanying the statement.

The pace of profit growth picked up sharply from a 2.3 percent increase in December.

Industrial profits rose 8.5 percent in 2016, snapping back from a slight drop in 2015, largely due to a sharp increase in prices of coal as well as raw materials such as iron ore which were needed to help feed a construction boom.

The government boosted spending at the start of the year, with outlays rising 17.4 percent in Jan-Feb, compared to 12 percent growth over the same period in 2016.

Industrial firms stand to benefit from fixed-asset investment that expanded more than expected in the first two months of the year, including a 27.3 percent increase in infrastructure spending.

Shares of infrastructure companies have shot to a near 15-month high in Shanghai.

Asia`s largest oil refiner, state-owned China Petroleum and Chemical Corp (Sinopec), said on Sunday it expected a rise of about 150 percent in its first-quarter profit thanks to an increase in global crude prices.

Sinopec plans to boost capital expenditure to 110.2 billion yuan this year, up 44 percent from last year.

But investors in China are being torn between data showing a resilient economy and fears that expected policy tightening, while gradual, will eventually lead to higher borrowing costs and stunt business activity.

Producer prices rose at the fastest pace since 2008 in February on the back of stronger demand and government-mandated cuts in excess capacity.

However, most economists and even the statistics bureau believe producer price gains may soon start to slow.

"The base effects are not going to be as flattering in coming quarters. We`re going to see a decline in profit growth and producer price inflation from now onwards," says Julian Evans-Pritchard, an economist at Capital Economics in Singapore.

"We shouldn`t get too excited about some of these growth rates."

Further clouding the outlook, steel and iron ore futures prices in China posted their biggest weekly drop in three months last week as high inventories raised concerns that demand in China is not picking up as much as had been expected.

AS GOOD AS IT GETS?

Evans-Pritchard says China is near a peak after a recovery from a cyclical downturn, with policy tightening and slower credit growth eventually going to drag on growth.

"There is a real risk that by the end of the year the economy could be looking quite a bit weaker. I think all those signals suggest that this quarter is probably as good as its going to get," he said.

Liabilities of industrial firms rose 6.6 percent year-on-year as of end-February.

The statistics bureau gives combined figures for the first two months of each year to smooth out seasonal distortions caused by the long Lunar New Year holidays, when most companies are closed for the celebrations.

The profit figures cover large enterprises with annual revenues of more than 20 million yuan from their main operations.