The spotlight will shift away from China to India and Indonesia as they become the powerhouses of growth in the world. 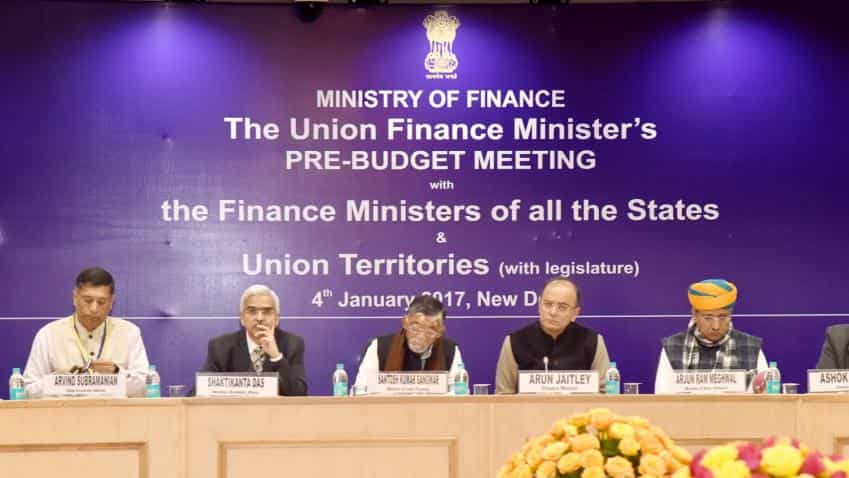 Finance Minister Arun Jaitley chairs the Pre-Budget meeting with the Finance Ministers of all the States and Union Territories. Photo: IANS
Written By: PTI
RELATED NEWS

India grew fastest among major economies worldwide at over 7.5% in 2016 and will continue to drive global growth in 2017 with its share in the world GDP expected to rise to 17%, a study said Thursday.

"Asia will remain the fastest growing region of the world, but the spotlight will shift away from China to India and Indonesia," PwC's global economy watch (GEW) said, adding that Indonesia is set to become the world's 16th trillion dollar economy.

As per the projections Chinese growth to remain at around the 6% mark, while India's contribution to world GDP growth could reach almost 17% this year.

The study noted that China will feel the costs of higher private sector debt burden.

"China's non-financial sector debt stands at more than 250% of GDP. If non-financial debt grows at the same average rate as it has since 2010, China could add over $650 billion to its total debt pile by the end of 2017," the study said.

Economists predict that globalisation will take a backseat this year and world trade is expected to see slow growth.

"The resurgence of economic nationalism in some parts of the world means World Trade Organisation (WTO) rules will be put to the test. The world's biggest bilateral trade route (US-China) is likely to come under pressure," it said.

Besides this, the other major global economic themes that could prevail in 2017, are that the US monetary policy is expected to move back towards normalcy and politics would drive uncertainty and economics.

Other key predictions for this year include that the US would drive growth in the G7; Core Eurozone employment to hit all-time high but 'peripheral' economies will create more jobs; while population growth is likely to put pressure on Gulf countries to reform public finances.

Gaikwad one of the most talented players around: Dhoni