Growth in emerging markets such as India, Brasil, Russia, China, Indonesia and Mexico is expected to surpass the long term average by 2018. 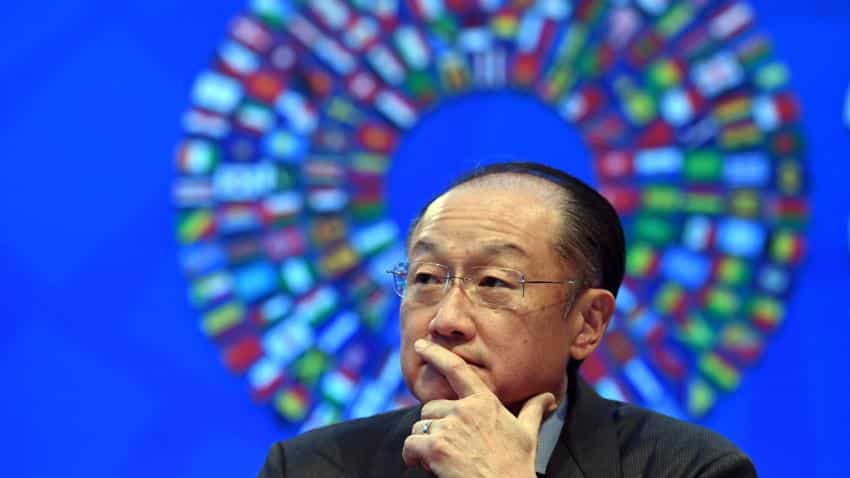 World Bank on Sunday maintained its forecast for global growth in 2017 and 2018 unchanged at 2.7% and 2.9%, respectively, as manufacturing and trade are picking up and confidence is improving.

"A bright spot in the outlook is a recovery in trade growth to 4% (in 2017) after a post-financial crisis low of 2.5% last year," Xinhua quoted the World Bank's Global Economic Prospects (GEP) report as saying.

The recovery in trade growth in 2017 is supported by stronger demand from major advanced economies, increased trade flows to and from China, and a diminished drag from weak demand from commodity exporters, said the World Bank.

Stronger trade also reflected the improved outlook for global growth. According to the forecast, advanced economies are expected to grow 1.9% in 2017, accelerating from the 1.7% growth in 2016, said the World Bank in its flagship Global Economic Prospects (GEP) report released on Sunday.

"After a prolonged slowdown, recent acceleration in activity in some of the largest emerging markets is a welcome development for growth in their regions and for the global economy," said Ayhan Kose, director for the GEP program at the World Bank.

"Recovering activity in these economies should have significant positive effects for growth in other emerging and developing economies and globally," said the report.

Fiscal support is expected to continue to offset monetary tightening, said the World Bank. It expected government policies will continue to support growth, contain financial risks, and encourage a rebalancing of the economy to more of a focus on consumption.

ALSO READ: Why India could lose its top spot in remittances to China in 2017

Tax cuts and infrastructure programs could lead to stronger-than-expected growth in the short term, but also to a more rapid increase in interest rates.