The three Nokia smartphones goes in direct competition with the Xiaomi Mi Max and the Redmi Note 4 variants. 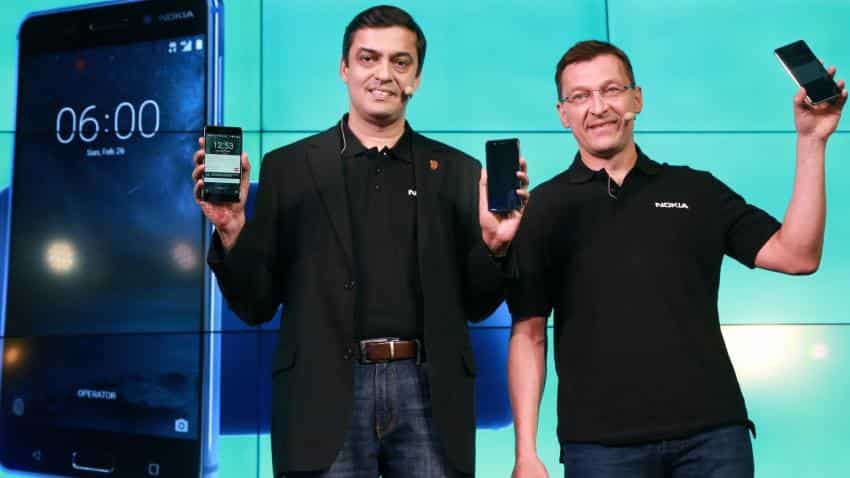 Finally what everyone has been waiting to see in India for a very long time came to India when HMD Global, owner of the Nokia brand, launched Nokia Android-based smartphones. While the Nokia 6 was launched on Tuesday for a price of Rs 14,999, while Nokia 5 was priced at Rs 12,899 and Nokia 3 at Rs 9,499.

While in terms of price these smartphones are similar, but we have take a deeper look at their specifications.

Nokia 6 versus Xiaomi Mi Max:
The Nokia 6 goes head to head against Xiaomi Mi Max. In terms the display Xiaomi Mi Max has a much larger display with a 6.44 inch immersive display in comparison to the 5 inch full HD display of Nokia 6.

In terms of battery Nokia 6 comes with a 3000mAh battery. However, this is much lower in comparison to the 4850mAh battery in the Xiaomi Mi Max.

In terms of the processor the Nokia 5 has the Qualcomm Snapdragon 430 processor, while the Xiaomi Redmi Note 4 4GB variant has the Snapdragon 625 processor.

In terms of the camera the Nokia 5 has a 3000mAh battery, while the Redmi Note 4 comes with a higher 4100mAh battery.

The Nokia 5 has rear camera is of 16 megapixel, while the front houses a 8 megapixel camera. The Xiaomi Redmi Note 4 4GB variant has a lower 13 megapixel rear camera and 5 megapixel front camera.

The Nokia 3 comes with MediaTek MT6727 processor, while the Redmi Note 4 has the Snapdragon 625 processor.

The Nokia 3 has a much smaller batter capacity with 2650mAh, while the Redmi Note 4 has 4100mAh battery.

Gaikwad one of the most talented players around: Dhoni