Nokia announced today that the iconic Nokia 3310 feature phones will be available from May 18. 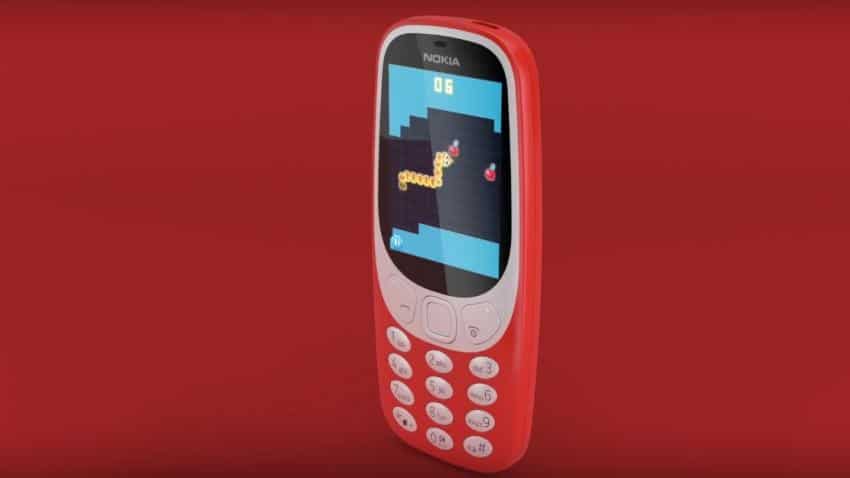 HMD Global, the company which now owns the rights to the Nokia brand, finally revealed the what many people have been keenly waiting for to hear in India. On Tuesday it revealed details of the launch of the iconic feature phone the Nokia 3310 in India.

While the 2017 Nokia 3310 will be priced at Rs 3,310, it will be made available as soon as Thursday, May 18. Nokia definitely kept the price right in front of us by keeping it the same as the model number.

The company has confirmed that the phone will be going on sale via offline channels in four colours - yellow, red, grey and dark blue.

The decade old phone has been re-launched by HMD Global that now manufactures and sells Nokia-branded phone.

If you recall earlier the Nokia 3310 was unveiled at the Mobile World Congress (MWC) 2017 in Barcelona and priced at 49 Euro (about Rs 3,899). However, since the company had not revealed the price in India or the time of its launch, there was speculation that it may be priced at the same price as in Europe and would be in the country by June.

Even an Indian retailer website OnlyMobiles.com at the end of April listed the feature phone on its website and priced it at Rs 3,899 for India. This added to speculation that the price of the phone will indeed be closer to Rs 4,000 in India.

At this the Nokia 3310 is competitively priced for the segment, although it is at a little premium.

Most of the top competitors in the feature phone market have phones priced at the most till Rs 3,000.

However, customers may not feel the pinch spending Rs 310 more for a feature phone that is well known for its dexterity and long life, even in rural areas.

It is not only that the Nokia brand is well known and admired in India, but this phone in particular had been used by many in India for a long time.

ALSO READ: Cheaper priced 'Made in India' Nokia 3310 phones to be available by June

Samsung, which is a market leader in the feature phone market in India, price their phones substantially lower in comparison to Nokia 3310 ranging from Rs 1,500 onwards to Rs 3,000. Similarly Lava feature phones are priced Rs 1,300 onwards and go up to Rs 3,000. In fact, Intex has the lowest priced feature phone the Intex Eco 105 priced at just Rs 819.

Samsung has a 24.5% market share, followed by Indian manufacturers such as Lava with 12.3% and Intex with 11% market share. The other 52.2% market share in feature phones is shared by other 103 brands.