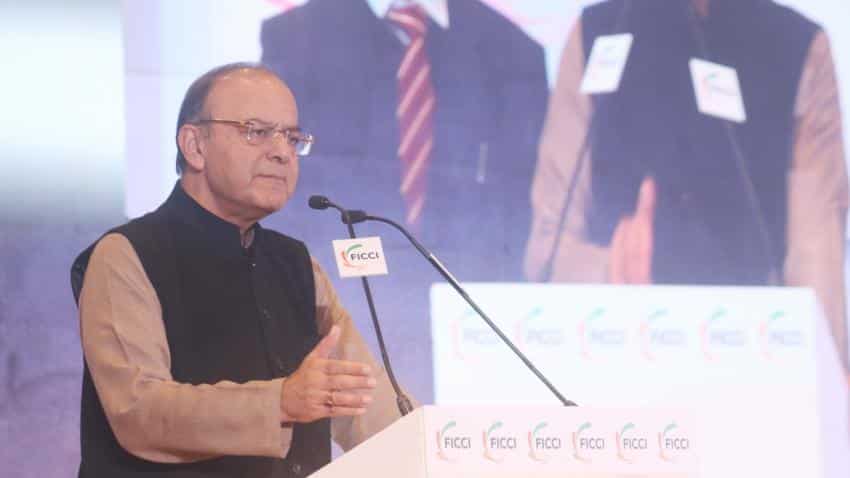 Union Finance Minsiter Arun Jaitley on Saturday said that the Goods and Services Tax (GST) Council has made "significant progress" on the provisions relating to the indirect tax regime and resolution of the "one difficult issue" of dual control or cross empowerment that deals with assessee jurisdiction is not far off.

"In the whole process of deliberative democracy by which the centre and states have been negotiating for an early implementation of GST... with a series of meetings, we have been progressing significantly," Jaitley said at the inauguration of National Institute of Securities Markets (NISM) campus in Maharashtra state.

"With the time constraints that we are working, only one difficult issue remains pending. I have no doubt everyone will rise to the occasion and a resolution to that problem - that remains - will not be far off," he added.

The impasse in the GST Council over the division of authority between assessing authorities of centre and states has been continuing and will now be taken up together at its next meeting on January 3-4.

The primary drafts of Central GST (CGST) and the compensation law have been approved by the Council with only the portions relating to dual control being left out. The legally vetted copy of the CGST and compensation law will brought before the Council in its next meeting.

The three GST bills - Central GST (CGST), Integrated GST (IGST) and State Compensation Law - need to be approved by the Council before they can be tabled in the Parliament.

"The range of timing when GST has to come into force is between April 1 and September 16, 2017 due to constitutional necessity. Nobody has the luxury of time," Jaitley had said earlier.

The Constitution (One Hundred and First Amendment) Act, 2016 was notified on September 16 for GST come into force within a period of one year.

On demonetisation, Jaitley on Saturday said that it had led to increased flow of money into the banking system and the cash savings of people have become formalised.

"This one decision that has ensured that a lot of money has come into the banking system, a lot of informal savings have become formal now, and therefore, the tendency to invest these more formal savings in instruments that you keep an eye on is also increasing," he added.