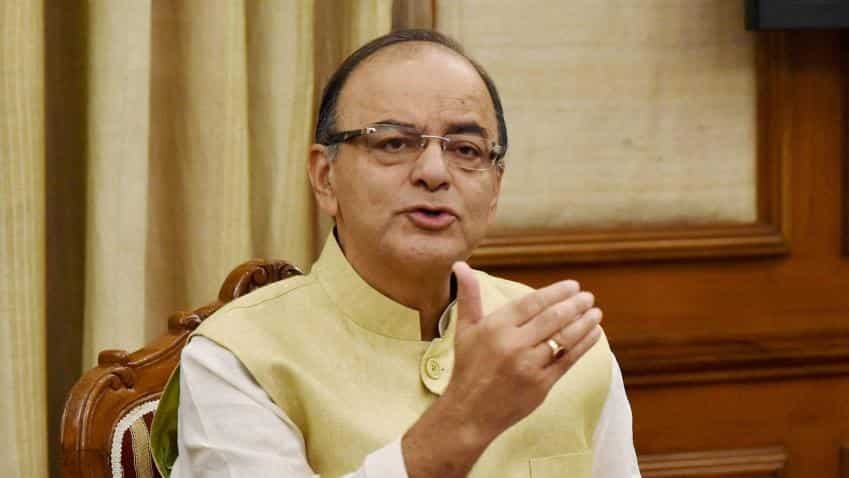 "So on September 16, 2017, as far as the current mode of taxation is concerned, the curtain will be down. Therefore, neither the Centre not the state can go in for collection," FM Arun Jaitley said. Image Source: PTI/Atul Yadav

Amid signs of slippage of the April 1 GST rollout target, Finance Minister Arun Jaitley said on Saturday ending resolution of "turf" issues, GST is a transactional levy that unlike income tax can be implemented anytime during the year.

The Goods and Services Tax (GST), he said, can be implemented anytime between April 1 and September 16, 2017, in accordance with the constitutional amendment legislation that allows a national sales tax by subsuming central and state levies.

The GST Council has resolved 10 issues and only one pertaining to administration of tax is pending, he said.

"It is a transactional tax and not an income tax. Transactional tax can start in any part of the financial year and therefore, the range of timing when it has to come into force because of constitutional necessity is April 1, 2017 to September 16, 2017. Hopefully, the earlier we do, the better it is for the new taxation system," Jaitley said at the annual general meeting (AGM) of FICCI.

After Parliament passed the landmark constitutional amendment in August and more than half of state legislatures ratified it by mid-September, several key decisions have been taken by the GST Council headed by Jaitley and comprising state representatives.

Jaitley alluded to "certain kinds of turf issues" that are yet to be resolved.

"But the constitutional embargo is very clear. The entire amendment was notified on September 16, 2016, and it permits the old taxation regime to continue for a period of one year." he said.

"So on September 16, 2017, as far as the current mode of taxation is concerned, the curtain will be down. Therefore, neither the Centre not the state can go in for collection."

According to the finance minister, there are about ten important decisions that have already been taken through consensus. The legislations which have to be passed by Parliament and state legislatures are currently in the process of being drafted.

"I don't see any major difficulty for these legislations being finally approved," he said.

The only issue remaining "is a very small in the larger frame of things" and the tax administration is under discussion of the GST Council as three major and some minor taxes are being merged into one.

Jaitley suggested there is a need that each assessee is assessed only once since central taxes like excise and service tax and state levies like value added tax (VAT) are being subsumed into one.

Saying GST will usher in a common taxation and should lead to a federal bureaucracy, Jaitley felt that both the Centre and states should figure out sharing of the tax assessment.

Ideally, he said, it should be proper for the issues to be resolved at the beginning of financial year on April 1 for the new regime to kick in. "But then, in any case, nobody has the luxury of time," he cautioned.