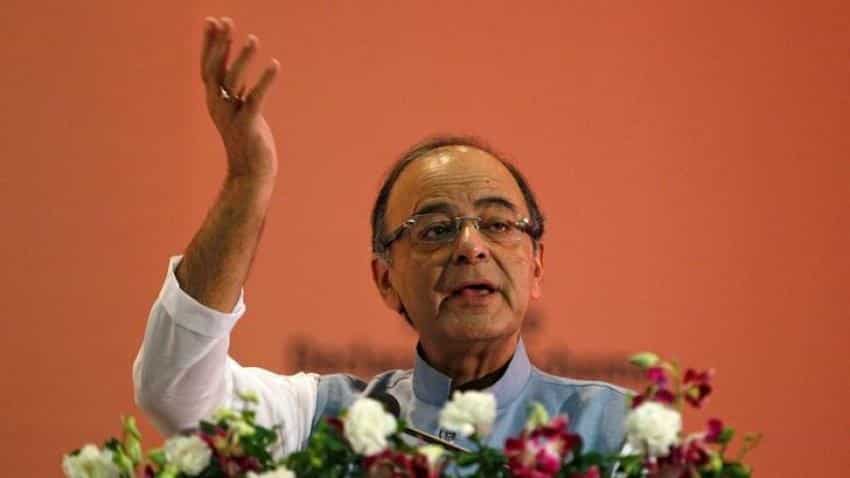 India's Finance Minister Jaitley gestures as he addresses a gathering during a seminar in Ahmedabad. Image Source: Reuters

The prospects of introducing a goods and services tax (GST) in India next April, its biggest tax reform, faded on Friday after central and state finance officials postponed talks on how to administer the tax after a two-day meeting.

Prime Minister Narendra Modi, who aims to push the tax reform to replace various central and state levies with one tax, is facing resistance from states after his surprise decision last month to scrap high-value currency notes.

Many states including West Bengal and Kerala have said Modi`s decision to scrap 86% of the cash in circulation had hit their revenue collections, as they collect value-added tax (VAT) on goods and other duties.

The Finance Ministry and state finance officials have broadly agreed on a national sales tax and are making "reasonable headway" on a few contentious issues, Finance Minister Arun Jaitley said on Friday.

They will meet again for two days from January 3, Jaitley told reporters, but did not clarify whether a self-imposed deadline of April 1 for the launch of the tax could be met.

"I am trying my best," he said when asked about the April introduction of the tax.

"I am not going to bind myself to anything. Our effort is to do it as quickly as possible and I think we are making a reasonable headway," Jaitley said.

He assured the states that they would be compensated 100% for losses directly attributable to the GST implementation for five years.

"There is no way we can meet the April 1 GST deadline," K Pandiarajan, a minister of Tamil Nadu, told a TV channel after the meeting.

Officials said the new tax law would need to come into effect by mid-September when the old system of indirect taxation is due to lapse.