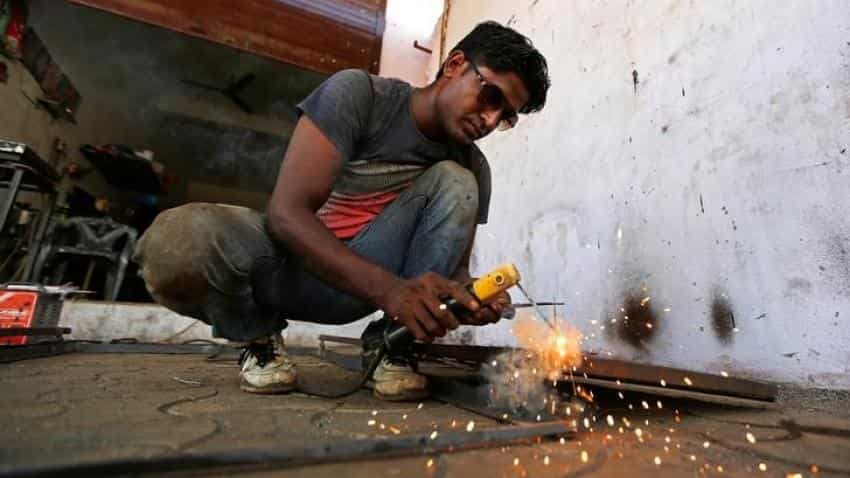 Lower growth for at least two quarters means that the output gap will take longer to close and the revival of the investment cycle, which is already very weak, could be pushed out even further, it added. Image Source: Reuters
Written By: PTI
RELATED NEWS

India's GDP growth numbers are expected to see a decline of 2% in the third and fourth quarters of the current fiscal, as effective currency in circulation has contracted significantly, says an HSBC report.

However, it said, as enough notes are printed, growth is likely to return to the "7% ballpark".

According to the global financial services major, the government's decision to abolish old stock of high denomination currency (demonetisation) and issue new notes (remonetisation) could have a mixed impact on the macro economy over a year.

"Using the cash elasticity of gross domestic product (GDP), we estimate that growth could be about 2% lower in third quarter (Q3) and fourth quarter (Q4) of 2016-17 (ending March), given that effective currency in circulation has contracted by 60% (as of early-December)," HSBC said in a research note.

Lower growth for at least two quarters means that the output gap will take longer to close and the revival of the investment cycle, which is already very weak, could be pushed out even further, it added.

Longer-term gains would depend on follow-up reforms. In order to lower the stock of black money substantially, the government would have to attack other shelters of black money (real estate, gold, foreign currencies).

With regard to digital payments, the government should address bottlenecks especially in rural India, it said.

"If the government follows up with a spate of reforms, gains could be immense, as the official economy absorbs the parallel economy," HSBC said.

Regarding the Goods and Services Tax (GST), the report said that the April deadline will be missed and implementation will happen later in the year.

HSBC expects the medium-term addition to GDP growth from this reform to be about 40 bps.

"Both reforms have Indian-style characteristics; an imperfect version is initially implemented and is likely to be disruptive," HSBC said, adding that the quantum of long-term gains will depend on follow-up action.