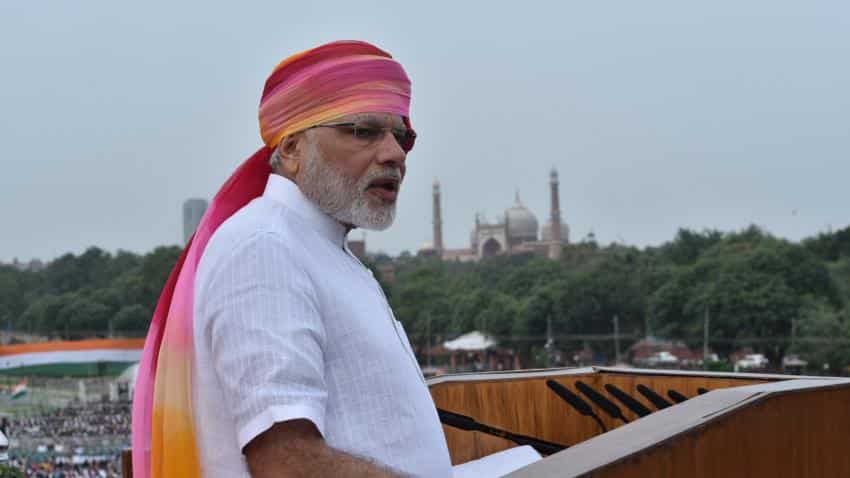 The growth in GDP during 2016-17 is estimated at 7.1% as compared to the growth rate of 7.6% in 2015-16, Ministry of Statistics & Programme Implementation said. India's economy for the current year was expected to grow at 7.7% before Prime Minister Narendra Modi announced demonetisation drive on November 8. 2016 cancelling 86% of the country's total currency as legal tender.

Chief Statistician TCA Anant told reporters in New Delhi that that the department took conscious view to not factor in note ban resulting out of PM Modi's demonetisation drive.

A Bloomberg poll estimated revised estimates to be at 6.8%.

The sectors which registered growth rate of over 7.0% are, 'public administration, defence and other services’, 'financial, real estate and professional services' and ‘manufacturing’.

The growth in the ‘agriculture, forestry and fishing’, ‘mining and quarrying’, ‘electricity, gas, water supply and other utility services’, ‘construction’ and ‘Trade, hotels, transport, communication and services related to broadcasting’ is estimated to be 4.1%, (-)1.8%, 6.5%, 2.9% and 6.0% respectively, the ministry said.

The Government has decided to announce Union Budget 2017 on February 1 this year as against the practice of doing it in the last week of February each year.

Generally, the advance GDP data is released during the first week of February but advancement of the Union Budget led to an early release of the growth numbers.

HSBC Bank, in a research report, estimated that India's GDP likely to have  grown at a much slower-than-expected pace of 5% in the October-December period and may see a 6% growth in the following quarter due to a slowdown in manufacturing and services sectors post demonetisation. Earlier, HSBC had pegged the October-December growth at 7%.

Several private economists had also said the move could drag down growth in the next fiscal year to 6.5% to 7%, as small businesses fired workers, consumer demand fell and farmers' winter sowing efforts were hit.