Mumbai was also at 21st rank in the city wealth index ahead of Toronto, Washington DC, Moscow; Delhi at 35 ahead of Bangkok, Seattle and Jakarta. 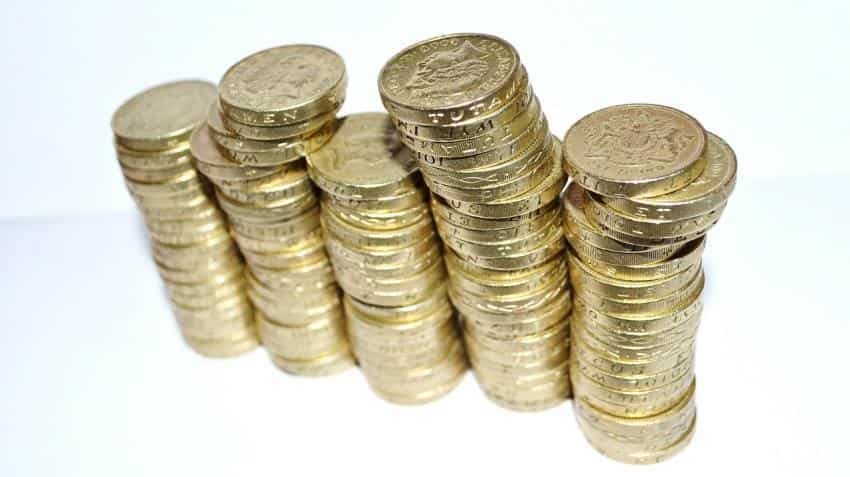 A wealth report by Knight Frank has put Mumbai at 21st position, ahead of global cities like Toronto, Washington DC and Moscow in 'City Wealth Index'.

The report tracked the growing super-rich population in 125 cities across 89 countries. The Wealth Reports yearly issue provides a unique perspective on the issues that are influencing UHNWI investment and lifestyle decisions. The report said Out of 40 global cities, Mumbai ranks 11 in the ‘future wealth’ category ahead of Chicago, Sydney, Paris, Seoul, Dubai. 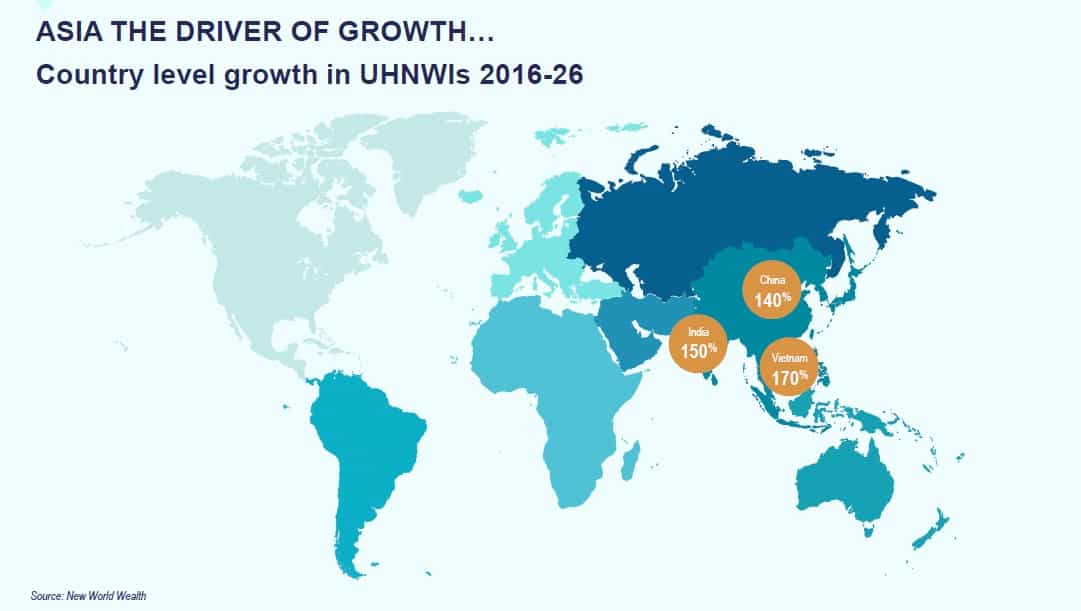 The report further said that the Ultra High Net Worth Individuals (UHNWIs) in India increased by 12% between 2015-16 and is forecast to grow by 150% over the next decade (2016-2026), according to The Wealth Report by Knight Frank.

Over the last decade UHNWIs in India increased by 290% putting India at 6th rank in UHNWI growth rate for 2016. 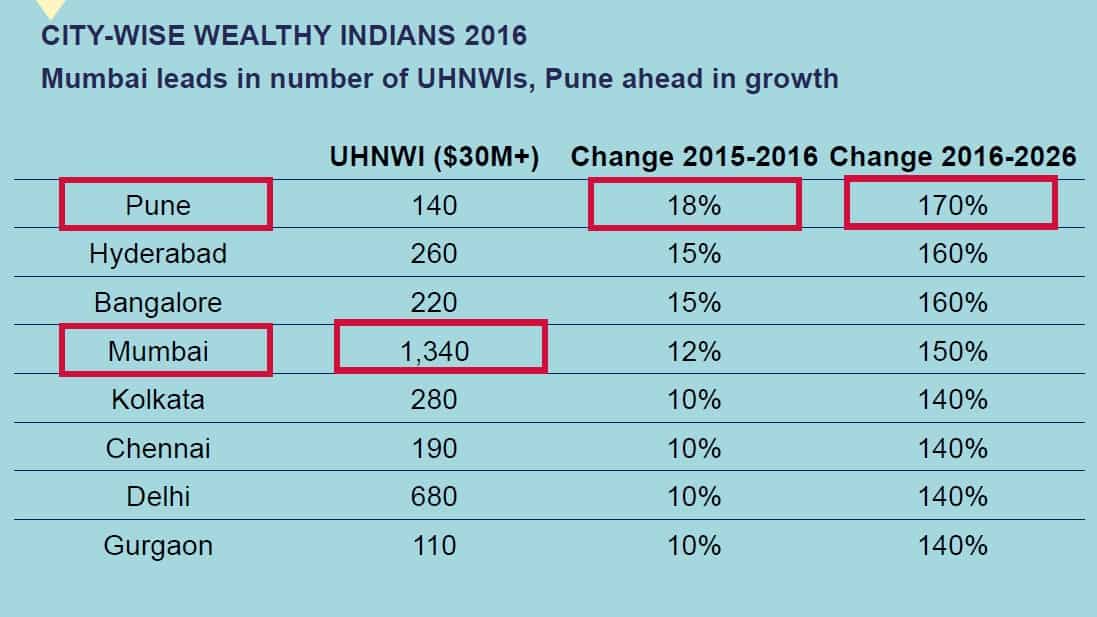 The growth level of UHNWIs in 2015-16 was much higher than China which was at just 10%. Among the Asian countries only Vietnam had a higher growth of UHNWIs at 18% during the year.

UNHWIs are those individuals have a net worth over $30 million. India had 6,740 such individuals in the UNHWI category.

In India, Mumbai had the maximum number of UHNWIs in India with 1,340 individuals.

However, in terms of the growth rate, Pune saw the highest growth of UHNWIs during the year at 18%. Over the decade it is expected to grow by 170%. There were 140 UHNWIs during 2016.
Mumbai was also at 21st rank in the city wealth index ahead of Toronto, Washington DC, Moscow; Delhi at 35 ahead of Bangkok, Seattle and Jakarta.

The report further said that a substantial proportion of wealthy Indians are likely to be invested in residential property in the next 2 years – 40% within country and 25% overseas.

The UHNWIs in India prefer countries like Singapore, UK, UAE, USA and Hong Kong for owning a home. However, the Global Wealthy give more preference to European countries.

According to the survey, income returns do not feature in the top five priorities for UHNWIs in India. However they do feel that potential fall in asset values and political uncertainty as a major threat to wealth creation in the next five years