In an exclusive interview with Anil Singhvi, Managing Editor, Zee Business, Ridham Desai, Managing Director, Morgan Stanley India, said US strategists of Morgan Stanley are quite worried about the equity market and they fear that the US may enter into the grip of recession if the trade tensions are not shorted out during the upcoming G20 meet. 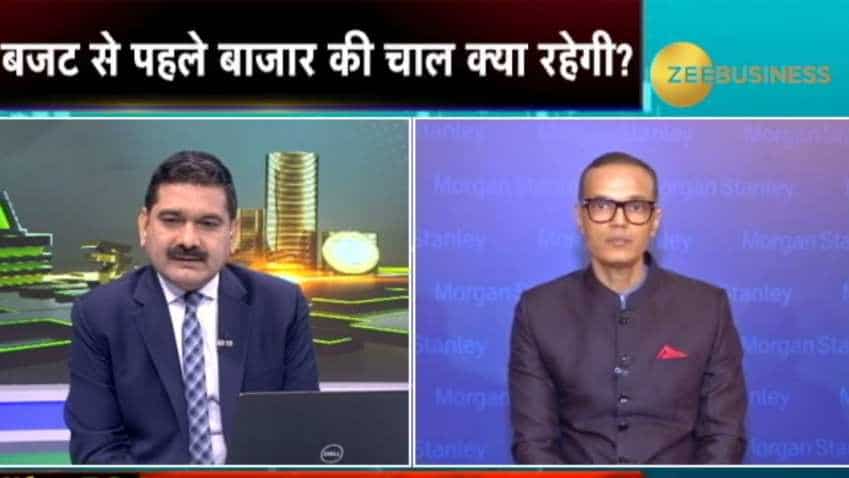 21st Morgan Stanley Annual India Summit is the longest running investor’s summit in India, says Ridham Desai, Managing Director, Morgan Stanley India. In an exclusive interview with Anil Singhvi, Managing Editor, Zee Business, Desai said US strategists of Morgan Stanley are quite worried about the equity market and they fear that the US may enter into the grip of recession if the trade tensions are not shorted out during the upcoming G20 meet. Excerpts:

Q: Let us know about the kind of investors who have participated in the investor's conference and what they are talking about the Indian market?
A: This is the 21st annual India summit of Morgan Stanley and I think that it is the longest running investor’s summit of India. More than 500 investors are participating in the conference this year. So, this has turned up to be the biggest investors conference for us as we haven’t crossed the 500-mark to date.  Interestingly, 90 companies have made their business presentation in just three days and about 3000 interactions are scheduled to happen between the investors and the companies. So, this is the scale of the conference and the early indications suggest that investors are quite bullish towards India and their response is quite strong.

Q: Throw light on the aspect that is pushing foreign investors interest towards the Indian market. Do you think that the recently concluded general election is a reason for the same or something else is attracting them?
A: There are different reasons. The first reason is India’s relative position in the world because the global growth is slowing down, there is a slowdown, but India is growing it seems that it will continue to grow in future too. So, the relative difference in growth is favouring us.

The second thing is that in the last two-three years foreign investors were pulling out their money from the market. By the end of last year, 2019, their position reached the lowest position of the last 7-8 years. But, now, the foreign investors feel that if India’s relative growth in moving in a positive direction and is in a new position then it is a time to bring back the money to India.

The third thing is the election, which has decided that the same government/administration that has governed the country for the last five years is returning to power. This means that they are not supposed to learn anything new and are aware of the problems of the economy and what should be done. Coming of a new government would have created a situation where they would have invested a few months in learning about the problem areas and finding the rights and wrongs of the previous government. This would have been a wastage of time but the continuity in administration will save this time.
But, I feel, the first reason for India’s position in the context of relative growth is very important among all and is very strong amid the ongoing trade-tension between US and China. And, then comes the government but the investors were putting their money in the Indian market before May 23, 2019, the say when the results were declared.

Q: What is your, Morgan Stanley’s, view on the global market amid signals that the US Federal Reserve is ready to consider cutting interest rates, economic slowdown and trade-war?
A:  US strategists of Morgan Stanley are quite worried about the equity market as they feel that there is a slowdown in the earnings of the US. In addition, if the ongoing trade tensions are not resolved and fail to reach an agreement on May 29, during the G20 meet, then there is a probability that America will be hit by the recession by next year. So, they are a bit bearish about the US equity market.

Q: Do you think that Indian market can go bullish despite a slowdown in the US market?
A: It is such that if there is a big slowdown, for instance, if the index falls by 10-15 per cent, then it will be a difficult task to go bullish on an absolute basis. So, we will have to pay attention to the kind of recession that hits the market. If you ask me about the biggest risk factor for Indian share market, then I will say that the spillover effects of the glitches in the global markets are the biggest factor. Apart from this, I can’t see any other risk factor at this moment. If this is the biggest risk factor, then we must understand that if the American market falls by 10-15 per cent then the Nifty’s absolute performance is at a risk, but India will outperform on a relative basis. But, this will not have any impact on the domestic investors, however, the foreign investors will have to take a decision because they will lose less money in the Indian market. But, we must have a focus on global situations.

Q: What foreign investors are thinking about the Indian market and the new government? Are they expecting something from the budget that will be announced on July 5, 2019?
A: I think, the existing policies like inflation rate, positive real rate and infrastructure will be expected. Secondly, the government should pay attention to the PSU banks and recapitalise it as the banks have deposits but are short in the capital. The action will help them in growing their loan book, which will have a positive impact on the economy.

The third thing is that the government should go for fiscal consolidation to stop slippages in the fiscal deficit. Apart from this, there is an environment where India has an opportunity to grow its exports. So, any action on this front would be a good step. Thus, there are three-four things on which the government should work on, but these are not related to budget because the budget is just a summary of the government exchequer, i.e. expenditure and revenues.

Interestingly, today, policy announcements are not being made from the budget platform and that’s why it will remain out from the budget. But, if the government pays attention to these factors then it can bring a significant improvement in the Indian economy and steep rise of the stock market.

Q: Name the sectors that will perform well in India, where a person can invest and the sectors from which they should distance themselves?
A: One should focus on domestic sectors like big banks, real estate, the auto sector and industrial sector as I think that there will an improvement in earnings growth in these sectors and that’s why their share prices will go up. One should distance themselves from defensive sectors and costly sectors. At the same time, one should be selective in case of the NBFC sector as there is no need to buy/invest in every NBFC sectors because several NBFCs are facing business module challenges. Besides, the global sectors can underperform like tech and pharma. So, on a relative basis, one should maintain distance from these sectors.