All India Sugar Trade Association has recently said that India will likely need to import around 1.5 million tonnes of the sugar in 2016-2017 season. 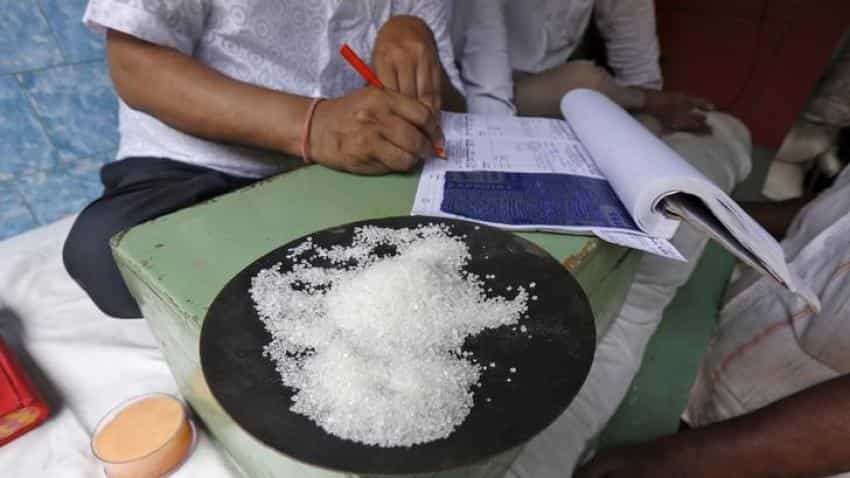 A sample of sugar crystals are seen on the desk of a trader at a wholesale market in Kolkata. Image Source: Reuters

India, the world`s biggest consumer of sugar, will likely need to import around 1.5 million tonnes of the sweetener this 2016-2017 season, the chairman of one of the country`s sugar trade associations told Reuters on Monday.

"The timing of the imports will be settled by the government but I personally feel that around 1.5 million tonnes is enough," Praful Vithalani, the chairman of the All India Sugar Trade Association, said in an interview on the sidelines of the Dubai Sugar Conference.

Vithalani said the government could likely to make a decision on imports by March but no later than April 15.

By that time, Vithalani expects the government to have a clearer forecast for production and consumption figures.

The government`s production forecast of 22.5 million tonnes remains unchanged for now but the Food Ministry is expected to reassess the situation soon.

Vithalani forecasts production for the 2016-2017 season at around 20 million tonnes, plus or minus 2%, with opening stocks of 7.7 million tonnes and consumption of around 24.5 million.

"That would leave us with opening stocks of 3.2 million come October 2017 to last until November 10 and this is not a good opening stock to open the season with," Vithalani said.

"That is too low, even sometimes dangerous," he said.

Vithalani said should the government make a decision to import, the import tax would have to go.

Since sugar is a politically sensitive commodity in India, the government often resorts to measures such as scrapping the import tax and banning futures trading on commodity exchanges.

When the decision is made to import, Vithalani said the sugar would most likely come from Thailand or Dubai.

"When it is open for imports it can come from wherever, but I think mainly Thailand or Dubai."