Since everyone is still not too familiar with the notes, unscrupulous elements are taking advantage of innocent people and passing off fake currency notes successfully. Huge losses are suffered by the people and country. 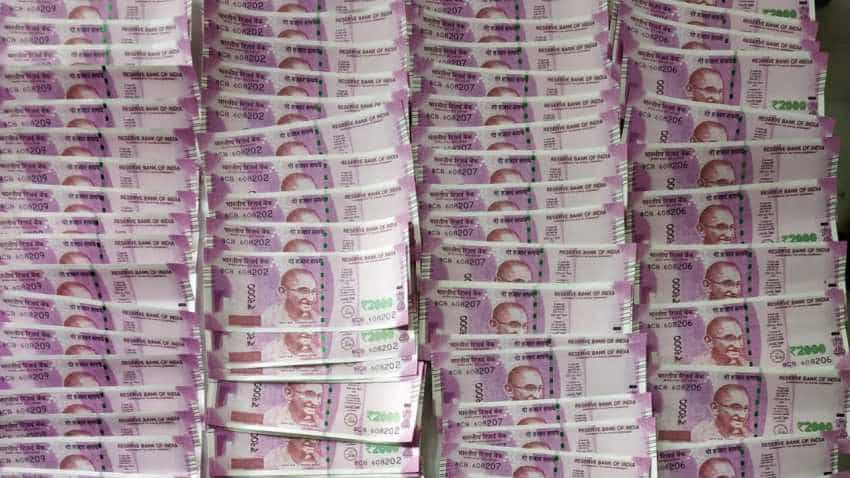 The culprits in the police interrogation have divulged that exchange rate was in the ratio of 60:40. Thus, they used to receive Rs 60 in for every Rs 100 in fake currency! Image source: Zeebiz

India has gone through a major exercise over the last 2 years during which the country got new currency notes in each and every denomination, including Rs 500 and Rs 2000 notes. However, since everyone is still not too familiar with the notes, unscrupulous elements are taking advantage of innocent people and passing off fake currency notes successfully. Huge losses are suffered by the people and country.

However, unbelievably, these new fake notes are so good, that it becomes difficult, if not impossible, to tell whether they are original! This was brought to light today when Special cell of Delhi Police today busted a Fake Indian Currency Notes (FICN) racket, recovering fake currency worth a whopping Rs 8.48 lakh in denominations of Rs 2000. All of them were fresh as if straight from the mint! DCP, Special Cell, said the fake currency has been printed so efficiently that a common man would not be able to differentiate it.

During the police interrogation, the culprits have divulged that the FICN is brought in the Delhi-NCR area via two routes with help of a module. According to them, the first route is connected with Bangladesh via Malda district in West Bengal, while the second one is connected with Nepal.

Special Cell Team earlier on November 21, had arrested one Shariful and after his interrogation nabbed another key person Farukh who used to play a pivotal role in supply of this FICN. Shariful used to supply fake notes through Bangladesh route.

Aashif Raj and Mukhtiyar Ahmad arrested today were in possession of FICN worth Rs 2.48 lakh. They used to bring the supply through Nepal route.

How big are the profits in this Fake currency scam?

The culprits in the police interrogation have divulged that exchange rate was in the ratio of 60:40. Thus, they used to receive Rs 60 in for every Rs 100 in fake currency!

How you can play smart and identify fake Rs 2000 currency notes:

Since fake notes are said to be an imitation of legal currency sanctioned by Reserve Bank of India, producing or even use of such notes are considered as crime. As most of us are not aware of the ways to identify a fake currency, the RBI has already notified a guideline to differentiate real banknotes from fake ones. In case you come across fake Rs 2000 notes, the salient features of the banknotes are given below for your help: Obverse (Front)
1. See through register with denominational numeral 2000
2. Latent image with denominational numeral 2000
3. Denominational numeral २००० in Devnagari
4. Portrait of Mahatma Gandhi at the centre
5. Micro letters ‘RBI’ and ‘2000’ on the left side of the banknote
6. Windowed security thread with inscriptions ‘भारत’, RBI and 2000 on banknotes with colour shift. Colour of the thread changes from green to blue when the note is tilted
7. Guarantee Clause, Governor’s signature with Promise Clause and RBI emblem towards right
8. Denominational numeral with Rupee Symbol, Rs2000 in colour changing ink (green to blue) on bottom right
9. Ashoka Pillar emblem on the right
Mahatma Gandhi portrait and electrotype (2000) watermarks
10. Number panel with numerals growing from small to big on the top left side and bottom right side
For visually impaired
Intaglio or raised printing of Mahatma Gandhi portrait, Ashoka Pillar emblem, bleed lines and identity mark
11. Horizontal rectangle with Rs2000 in raised print on the right
12. Seven angular bleed lines on left and right side in raised print

Reverse (Back)
1. Year of printing of the note on the left
2. Swachh Bharat logo with slogan
3. Language panel towards the centre
4. Motif of Mangalayan
5. Denominational numeral २००० in Devnagari

So, never get fooled, check these Rs 2000 currency notes every time you receive them, whether from a bank or bank ATMs or any other commercial establishment.