It has been nearly a year now since RBI introduced the new Rs 200 currency note - a new addition to high denomination notes. It is therefore, necessary to know that you are not carrying a fake note. 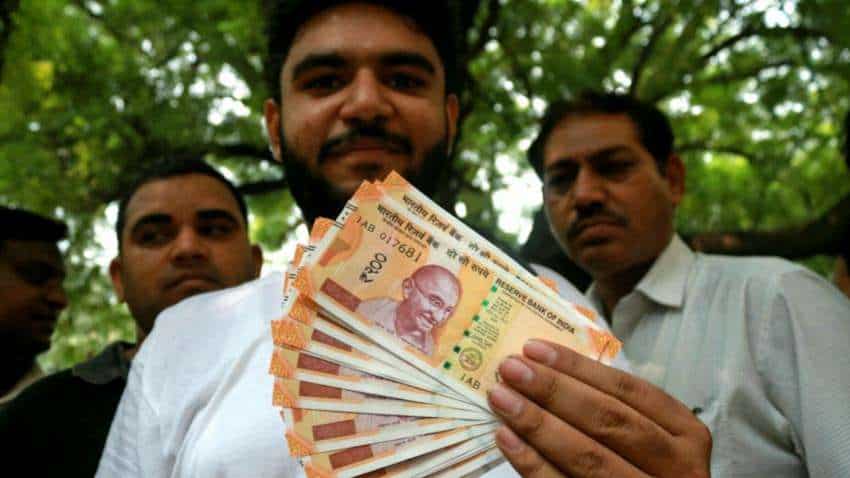 With the ongoing detection of fake currency movement by IT department and RBI, it has become very important as a citizen to be aware that the banknote which you carry are not fake ones. It is nothing new that fake notes are in the country, this movement has been carried out for long time now  with many institution or people doing finance terrorism and tax evading. Demonetisation drive was launched one of the intentions to eliminate finance terrorism in the country, and the results are showing remarkably. In India there are 9 paper banknotes namely old Rs 10, new Rs 10, Rs 20, old Rs 50, new Rs 50, Rs 100, Rs 200, Rs 500 and Rs 2000. There are high possibilities of newly entrant in Indian currency notes that can turn out to be fake. It has been nearly a year now when RBI introduced Rs 200 a new addition to high denomination notes, thereby it becomes very important to understand that you are not carrying this note in fake.

There are seven ways to identify the Rs 200 you are carrying is real. A Chkfake app has highlighted a list of factors that can help you identify between fake and real Rs 200 notes. Here’s what they are.

See through register: Hold your note against the light and look at the highlighted section. You should see the number ‘200’.

Latent image: Hold the note horizontally at eye level and tilt the note back and forth. You should see the image of ₹200 appear and disappear in the box shown.

Micro letters: Zoom into the area shown in the note. You should see ‘RBI’, ‘भारत’, ‘India’ and ‘200’ written repeatedly in very small and sharp lettering.

Security thread: Zoom into the security thread. You should see inscriptions ‘भारत’ and RBI with colour shift. Colour of the thread changes from green to blue when the note is tilted.

Colour shifting ink: The ₹ 200 numeral on the bottom right of the note as shown should change colour from green to blue when you tilt the note back and forth.

Watermark: Hold the note against the light. In the section shown, you should see Mahatma Gandhi portrait and ‘200’ numeral as a watermark.

Raised printing: If you lightly run your fingertip on the Mahatma Gandhi portrait or the Ashoka Pillar emblem or the four angular lines with two circles in between the lines on the left and right edges of the note, you will find them rough to touch.

It has other designs, geometric patterns aligning with the overall colour scheme, both at the obverse and reverse.

RBI introduced Rs 200 notes on August 25, 2017 in consideration of various factors like ease of transaction for the common man, replacement of soiled banknotes, inflation and the need for combating counterfeiting.