While India has a competitive edge over China currently, the government has not been doing enough to promote these industries to increase jobs. 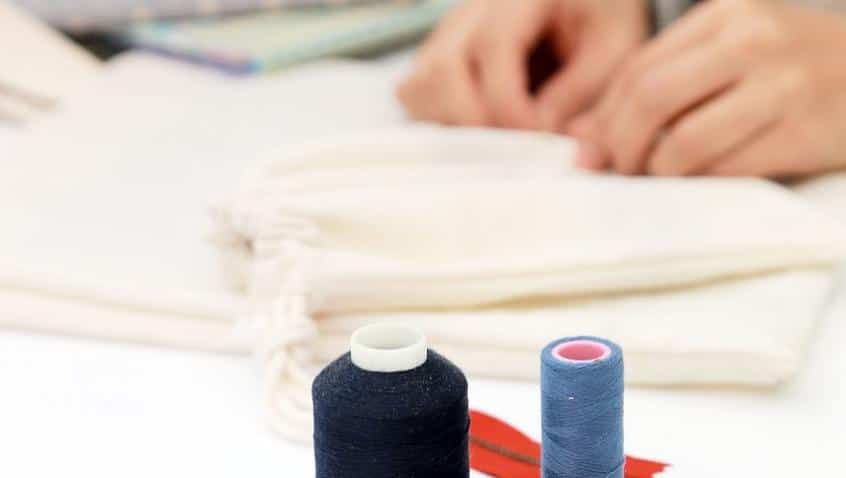 When it comes to promoting growth of jobs and promoting skilled labour the Economic Survey 2017 says that India needs to generate jobs by promoting the apparel, leather and footwear sectors. It says that countries in East Asia which have been seeing a GDP growth of between 7-10%, have done so due to exceptional exports in these two sectors.

“Nearly every successful economic growth take-off in post-war history in East Asia has been associated with rapid expansion in clothing and footwear exports in the early stages,” the report said.

The average annual growth of apparel exports from India was over 20%, with some close to 50%; and that of leather and footwear averaged more than 25%. In its take-off phase of growth, India has underperformed relative to the East Asian competitors. 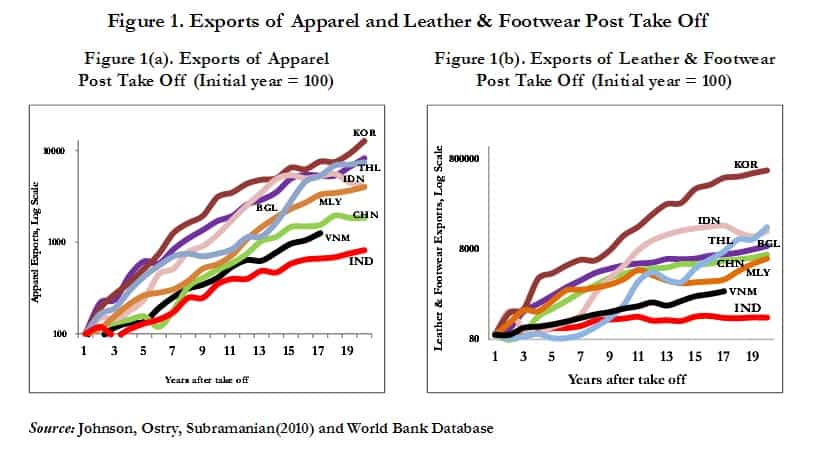 Apart from the growth that these industries offer, the job opportunities especially for women are significant. The apparel industry is the most labor-intensive industry, followed by the footwear industry.

“Apparels are 80-fold more labor-intensive than autos and 240-fold more jobs than steel. The comparable numbers for leather goods are 33 and 100, respectively,” the report added. While an investment of Rs 3,156 crore has been put into the apparel industry, it has created the highest number of jobs, ie 75.4 lakh jobs, out of which 25.9 lakh jobs go to women. In jobs per lakh of investment it is 23.9.

In comparison the textile, food processing, automobile and steel industry have created much lesser jobs with higher investment infused into them. For instance, the automobile industry has an investment of Rs 29,647 crore the jobs it has created is just 7.6 lakh and jobs per lakh of investment is just 0.3. 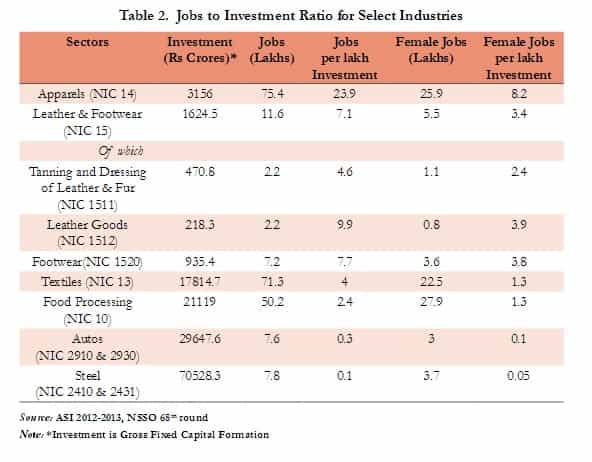 “Drawing upon the World Bank employment elasticities, we estimate that rapid export growth could generate about half a million additional direct jobs every year. The opportunity created for women implies that these sectors could be vehicles for social transformation. Women in apparel factories emphasize the agency they had gained on financial decisions. The agency also extended to husbands starting to helping with household chores. In Bangladesh, female education, total fertility rates, and women’s labour force participation moved positively due to the expansion of the apparel sector,” it said.

The Economic Survey also points out another reason to promote the apparel sector for creating jobs is that China is slowly losing out in this space as due to rising wage levels. “India has an opportunity to promote apparel, leather and footwear sectors because of rising wage levels in China that has resulted in China stabilizing or losing market share in these products,” the report said.

While India is well positioned to take advantage of China's deteriorating competitiveness as wage costs in many Indian states are significantly lower, however it noted that this is not happening, or at least not enough. 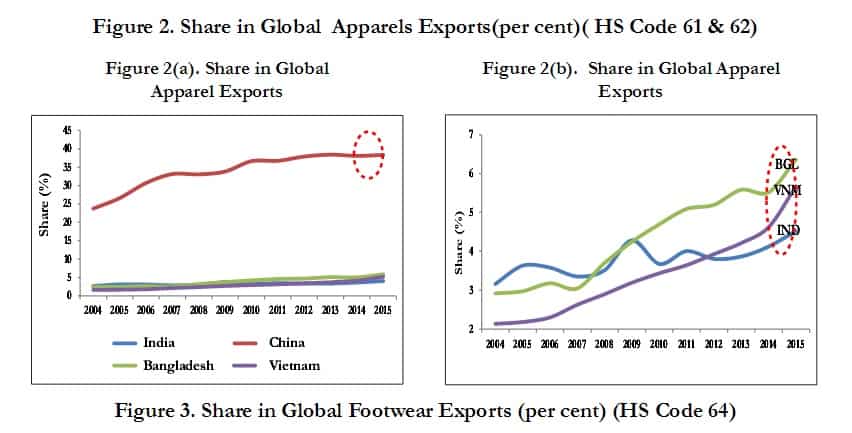 “The space vacated by China is fast being taken over by Bangladesh and Vietnam in case of apparels; Vietnam and Indonesia in case of leather and footwear. Indian apparel and leather firms are relocating to Bangladesh, Vietnam, Myanmar, and even Ethiopia. The window of opportunity is narrowing and India needs to act fast if it is to regain competitiveness and market share in these sectors. Hence, the urgency,” it said.

It says this is due to certain challenges in the apparel and leather sectors such as logistics, labor regulations, tax and tariff policy and disadvantages emanating from the international trading environment compared to competitor countries.