The cash squeeze in the meantime will have significant implications for GDP, reducing 2016-17 growth by ¼ to ½ percentage points compared to the baseline of 7%, the Economic Survey said. 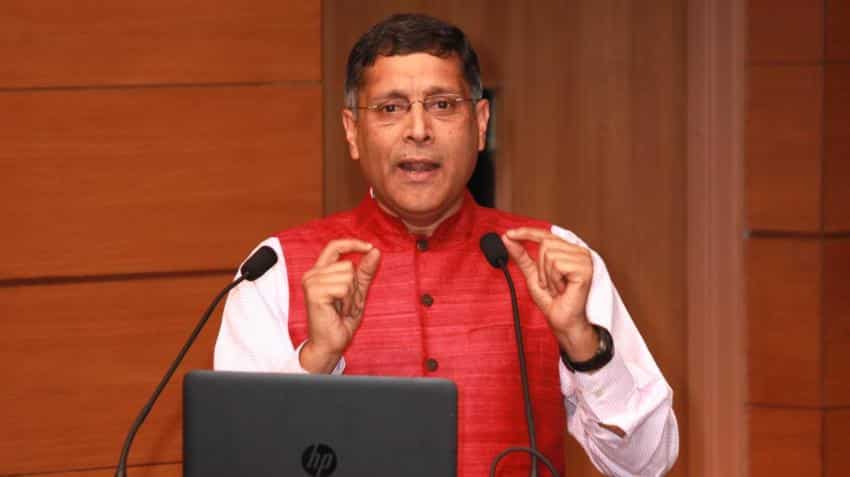 The government has projected the real GDP growth in 2017-18 is projected to be in the range of 6.75-7.5%. The Economic Survey 2017 presented in Parliament on Tuesday by the union Finance Minister, Arun Jaitley states that once the cash supply is replenished, which is likely to be achieved by end March 2017, the economy would revert to the normal.

The government further says that the adverse impact of demonetisation on GDP growth will be transitional.

The Economic Survey points out that demonetisation will have both short-term costs and long-term benefits as detailed in the attached table. Briefly, the costs include a contraction in cash money supply and subsequent, albeit temporary, slowdown in GDP growth; and benefits include increased digitalisation, greater tax compliance and a reduction in real estate prices, which could increase long-run tax revenue collections and GDP growth.

On the benefits side, early evidence suggests that digitalisation has increased since demonetisation. On the cost side, effective cash in circulation fell sharply although by much less than commonly believed – a peak of 35% in December, rather than 62% in November since many of the old high denomination notes continued to be used for transactions in the weeks after 8November 8. Additionally, remonetisation will ensure that the cash squeeze is eliminated by April 2017.

“The cash squeeze in the meantime will have significant implications for GDP, reducing 2016-17 growth by ¼ to ½ percentage points compared to the baseline of 7%. Recorded GDP will understate impact on informal sector because, for example, informal manufacturing is estimated using formal sector indicators (Index of Industrial Production). These contractionary effects will dissipate by year-end when currency in circulation should once again be in line with estimated demand, which would also allow growth to converge to a trend by FY 2017-18,” the statement read.

The Economic Survey states that the weighted average price of real estate in eight major cities which was already on a declining trend fell further after November 8, 2016 with the announcement of demonetisation. It goes on to add that an equilibrium reduction in real estate prices is desirable as it will lead to affordable housing for the middle class and facilitate labour mobility across India currently impeded by high and unaffordable rents.

The Survey suggests a few measures to maximize long-term benefits and minimize short-term costs. One, fast remonetisation and especially, free convertibility of cash to deposits including through early elimination of withdrawal limits. This would reduce the GDP growth deceleration and cash hoarding.

Two, continued impetus to digitalisation while ensuring that this transition is gradual, inclusive, based on incentives rather than controls and appropriately balancing the costs and benefits of cash versus digitalisation.