Ministry of Finance presented Economic Survey ahead of Union Budget, which is scheduled for tomorrow. 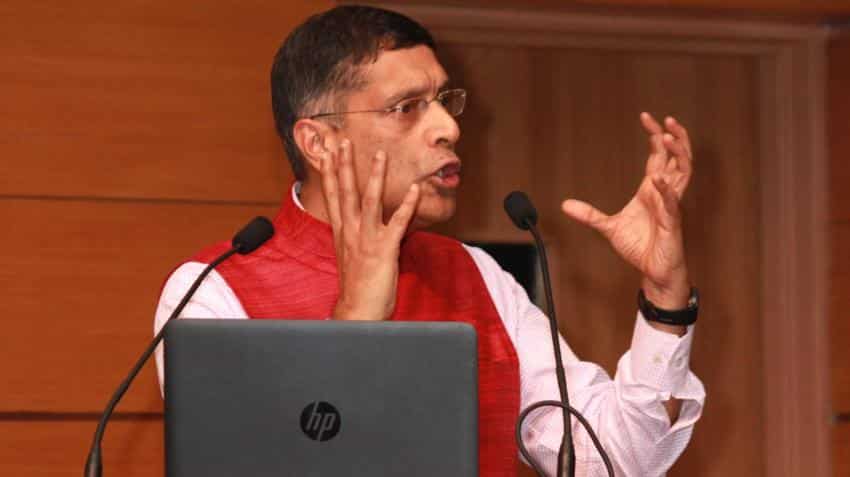 With the rating agencies putting forward their outlook for economy of countries, Chief Economic Advisor (CEA) Arvind Subramanian raised questions on methodology used by these agencies while rating them.

On Tuesday, Ministry of Finance presented Economic Survey ahead of Union Budget, which is scheduled for tomorrow. Subramanian, questioned Standard & Poor's outlook for India and said that the methodology used by rating agencies is "complex".

Since 2014, the rating agency has kept India's ratings at the much lower level of BBB-, despite "dramatic improvement" in growth as compared to China.

As per the survey, in 2009, China had an historic credit expansion, which has so far seen the credit-GDP ratio rise by an unprecedented about 63% points of GDP, much larger than the stock of India’s credit-GDP (Figure ). At the same time, Chinese growth has slowed from over 10% to 6.5%.

Later, in December 2010, the rating agency had upgraded China's rating from A+ to  AAA- and never adjusted it since then, even as the  the credit boom has unfolded and growth has experienced a secular decline. 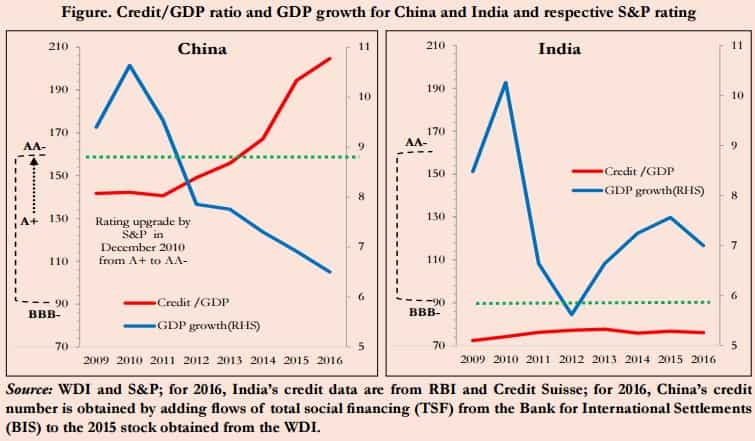 "In the case of India, Standard & Poor’s in November 2016 ruled out the scope for a ratings upgrade for some considerable period, mainly on the grounds of its low per capita GDP and relatively high fiscal deficit. The actual methodology to arrive at this rating was clearly more complex. Even so, it is worth asking: are these variables the right key for assessing India’s risk of default?, " the survey pointed out.

The survey explained that per capita GDP is a very slow moving variable. Lower middle income countries experienced an average growth of 2.45% of GDP per capita (constant 2010
dollars) between 1970 and 2015.

"At this rate, the poorest of the lower middle income countries would take about 57 years to reach upper middle income status. So if this variable is really key to ratings, poorer countries might be provoked into saying, “Please don’t bother this year, come back to assess us after half a century", the survey said.

Further, the survey said that the rating agencies combine a group of countries and then assess comparatively their fiscal outcomes. So, India is deemed an outlier because its general government fiscal deficit ratio of 6.6% (2014) and debt of 67.1% are out of line with its emerging market “peers”.

"But India could be very different from the comparators used by the ratings agencies. After all, many emerging markets are struggling. But India has a strong growth trajectory, which coupled with its commitment to fiscal discipline exhibited over the last three years suggests that its deficit and debt ratios are likely to decline significantly over the coming years. Even if this scenario does not materialise, India might still be able to carry  much more debt than other countries because it has an exceptionally high “willingness to  pay”, as demonstrated by its history of not defaulting on its obligations," the survey added.

The survey proved its point by giving example of US financial crisis. That time Standard & Poor's had certified AAA ratings to  mortgage-backed securities that had toxic underlying
assets.

Moreover, the value of rating agency has been  questioned in light of their failure to provide warnings in advance of financial crises—often ratings downgrades have occurred post facto, a case of closing the stable doors after the horses have bolted, the survey said.