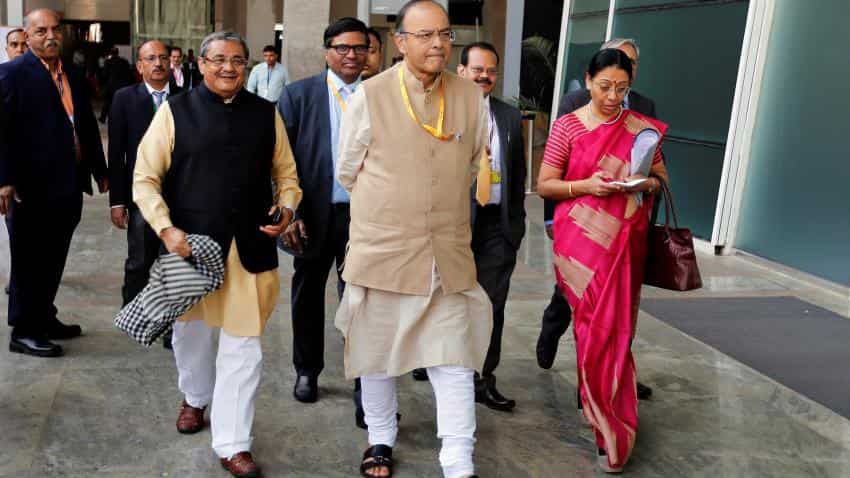 The survey further said that the decision of demonetisation by PM Modi on November 8 ‘had short-term costs but holds the potential for long-term benefits.’ Image Source: Reuters
Written By: ZeeBiz WebTeam
RELATED NEWS

The Economic Survey was presented in the House of Parliament on Tuesday spoke of a ‘robust macro-economic stability’ despite the Goods and Service Tax (GST) bill being passed and demonetisation of higher currency.

“The GST will create a common Indian market, improve tax compliance and governance, and boost investment and growth; it is also a bold new experiment in the governance of India’s cooperative federalism,” Ministry of Finance said.

The survey further said that the decision of demonetisation by PM Modi on November 8 ‘had short-term costs but holds the potential for long-term benefits.’

“Follow-up actions to minimize the costs and maximize the benefits include: fast, demand-driven, remonetisation; further tax reforms, including bringing land and real estate into the GST, reducing tax rates and stamp duties; and acting to allay anxieties about over-zealous tax administration. These actions would allow growth to return to trend in 2017-18, possibly making it the fastest-growing major economy in the world, following a temporary dip in 2016-17,” the Ministry said.

Speaking about its initiative –JAM (Jan Dhan Mobile) the government said, “The National Payments Corporation of India (NPCI) successfully finalized the Unified Payments Interface (UPI) platform. By facilitating inter-operability, UPI has the potential to unleash the power of mobile phones in achieving digitalization of payments and financial inclusion, and making the ‘M’ an integral part of ‘JAM.’”

Further the Ministry added to its legislative accomplishments as it said, “Overhauled the bankruptcy laws so that the ‘exit’ problem that pervades the Indian economy--with deleterious consequences highlighted in last year’s Survey--can be addressed effectively and expeditiously.

Codified the institutional arrangements on monetary policy with the Reserve Bank of India (RBI), to consolidate the gains from macroeconomic stability by ensuring that inflation control will be less susceptible to the whims of individuals and the caprice of governments; and

Solidified the legal basis for Aadhaar, to realise the long-term gains from the JAM trifecta (Jan Dhan-Aadhaar-Mobile).”

The report said that India seems to be a ‘demographic sweet spot’ with its working age population projected to grow by a third over the next three decades providing it a potential the growth boost from the demographic divided which is likely to peak within next five years.