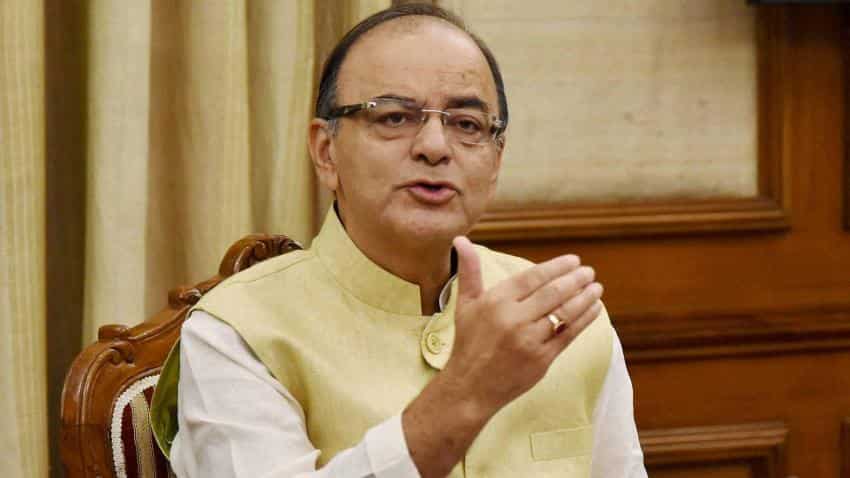 Looking at the demonetisation process which has supported in bringing more cash under the banking system, FM Arun Jaitely may think of making tax rates more reasonable. Photo: PTI

Pointing at the advantages of PM Modi's move, Jaitley said, "Future transaction would be substantially digital and once they are substantially digital, they would come in the tax net. Therefore, the future taxation level would be much higher than what is currently being collected. This would also enable the Government at some stage to make taxes more reasonable which will apply to both direct and indirect taxes."

As the banking system will have now more liquidity, it will have the ability to support economy with with low cost cash, that is cash whose capital is much lesser, would be much higher, Jaitley said.

However, following this, the social cost or the money used for bribery, for counterfeit currency, for terrorism, for evading taxes will go down.

Earlier, Jaitley had sought to drive home the point that the Goods and Services Tax has to roll out before September 16 next year as the existing indirect taxes will come to an end by then and it would not be possible to run the country without revenue collection.

Earlier too, on December 3, Jaitley had pitched for widening the tax base, saying efforts are on to make taxation process far simpler and make rates more reasonable, reported in PTI.