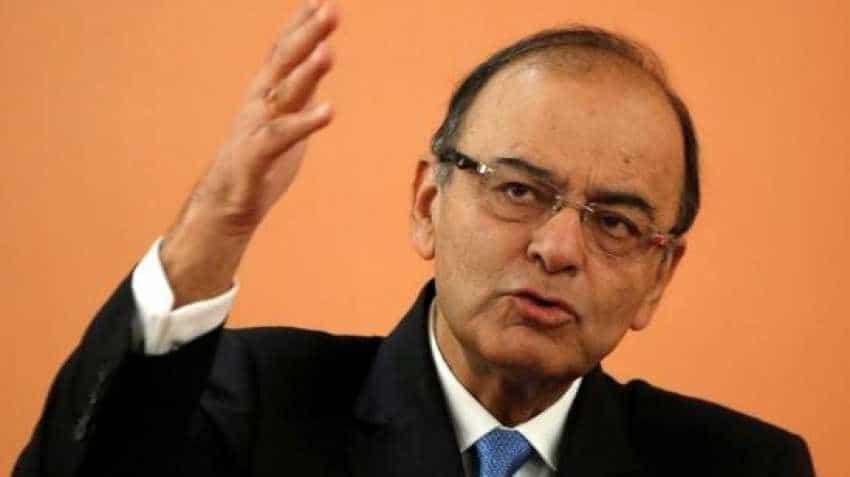 The rule of 50 per cent is only for reservations to backward classes made under Article 16 (4)," he said buttressing his argument that the proposed quota will not violate the Constitution. Reuters

Finance Minister Arun Jaitley on Tuesday rejected criticism that the 10 per cent reservation for the poor among the upper castes in jobs and education will breach the 50 per cent cap set by the Supreme Court, saying that the limit was specific to quota for the SCs/STs and socially and educationally backward classes. Intervening in the debate on the Constitution Amendment Bill for upper caste quota in the Lok Sabha, he also dismissed criticism that the proposed quota would violate the basic structure of the Constitution and referred to inclusion of the word "secular" in the Constitution during the emergency.

Similarly, times have changed and there have been several developments in social and economic spheres since the making of the Constitution, he said.

"To say that SEBC is part of the basic structure and not this...what objections will there be if 10 per cent can be reserved for poor among the upper caste," he said adding that the Constitution makers thought of affirmative actions for SCs and STs and under privileged sections because of long period of discrimination against them.

"Today the time has come for (the quota of the upper caste) if we take the manifesto of all the parties which have pledged for affirmative action for the economically weaker sections. This bill ensures sabka saath, sabka vikas. It is a move for equality and will enable social upliftment," Jaitley said.

Referring to the Supreme Court judgement in the Indira Sawhney case, the Finance Minister, himself an eminent lawyer, said the apex court struck down the government notification issued during the regime of P. V. Narasimha Rao, because quota for economically weaker sections among the upper caste was not provided in the Constitution.

The rule of 50 per cent is only for reservations to backward classes made under Article 16 (4)," he said buttressing his argument that the proposed quota will not violate the Constitution.

He read out the promise of the Congress manifesto in 2014 which had said that the Congress is committed to finding a way forward for reservations for the economically weaker sections of all communities without disturbing the existing reservation for under privileged communities.

He told Congress leader Mallikarjun Kharge that if his party is supporting the Bill then it should do so generously, not grudgingly. As CPI-M member Md. Salim got up to say something, Jaitley shot back, saying that only here Communists were opposing what was being done for the weaker sections.

"Is our commitment limited only to manifestoes. I appeal to the parties please support what you have written in the manifesto," he said concluding his speech.

Factbox-What will Liz Truss do if she becomes UK prime minister?

Finance minister Nirmala Sitharaman says disinvestment not for shutting down CPSEs, but to make them more efficient