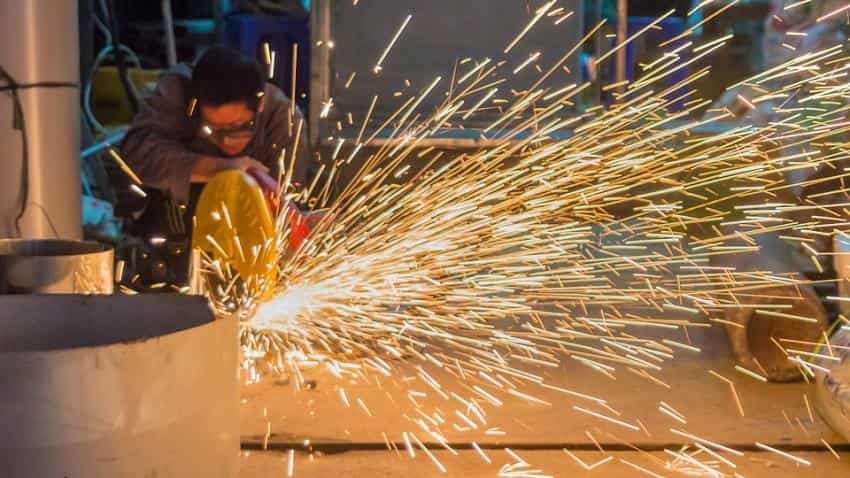 Nikkei India’s report on PMI, on Thursday showed that the index was lower in November to 52.3 from 54.4 in October last year. Image Source: Pixabay

Nikkei India’s report on PMI, on Thursday showed that the index was lower in November to 52.3 from 54.4 in October last year.

PMI is a standard indicator, in the business sector, that efficiently determines and indicates various parameters of the economic health of private sector business organizations.

“Manufacturing production growth slowed amid reports of cash shortages. Softer increases in output were noted in each of the three monitored sectors, with consumer goods producers recording a sharp slowdown in growth,” the report said.

November data indicated that less than 3% of firms passed rising cost burdens through to their clients, with 96% of companies reporting unchanged selling prices, the report added.

Subsequently, inflation rates for output charges and purchase costs in the sector have been easing since October.

The report said that manufacturing conditions in the country improved for the 11th month consecutively however it was lower than last year’s 22-month high of 54.4.

“One factor contributing to the downward movement in the PMI was a softer expansion in new business inflows. Order books rose at a moderate pace that was the slowest since July,” the report said.

Panellists reported higher demand from domestic as well as external clients, but indicated that growth was hampered by the money crisis.

“However, whereas some may have anticipated an outright downturn, the sector held its ground and remained in expansion mode. Furthermore, although many surveyed companies commented that further disruption is expected in the near-term, the demonetisation of the rupee is anticipated to ignite growth in the long-run as unregulated companies leave the market,” the report added.