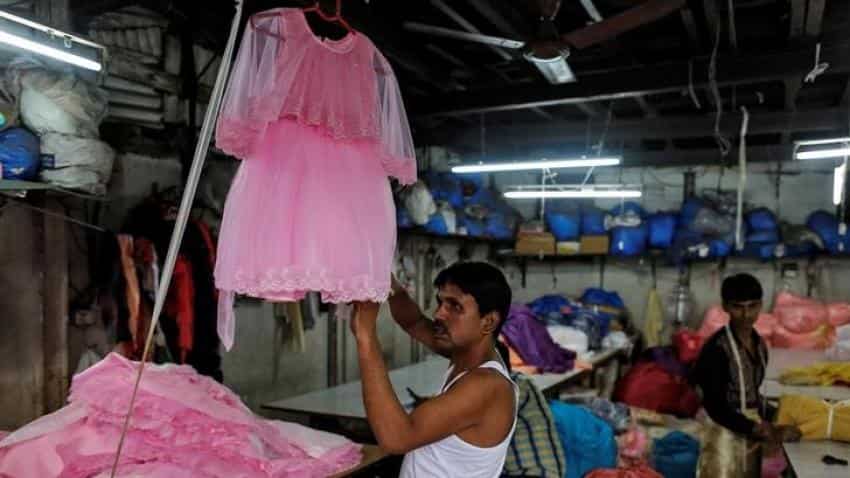 A worker conducts a final check on a dress inside a small-scale garment manufacturing unit in Mumbai. Pic: Reuters
Written By: Reuters
RELATED NEWS

India`s services industry expanded at its fastest pace in three months in July as new business surged, driven by the first price cutting since October, a private survey showed on Wednesday.

The Nikkei/Markit Services Purchasing Managers` Index climbed to 51.9 in July from the previous month`s 50.3. July is the 13th straight the index has been above the 50 mark that separates growth from contraction.

The new business sub-index, an indicator of both domestic and foreign demand, rose to a three month high of 51.7 from 50.5 in June.

But that surge in orders was accompanied by firms cutting prices for the first time since October, suggesting overall inflation could remain subdued over the coming months and making room for the Reserve Bank of India to cut rates again.

Annual consumer inflation in India was 5.77 percent in June, higher than the RBI`s target of 5 percent by March 2017, but economists polled by Reuters expect a repo rate cut to 6.25 percent by the end of 2016.

The composite PMI, which includes both manufacturing and services, climbed to 52.4 in July from 51.1 in June.